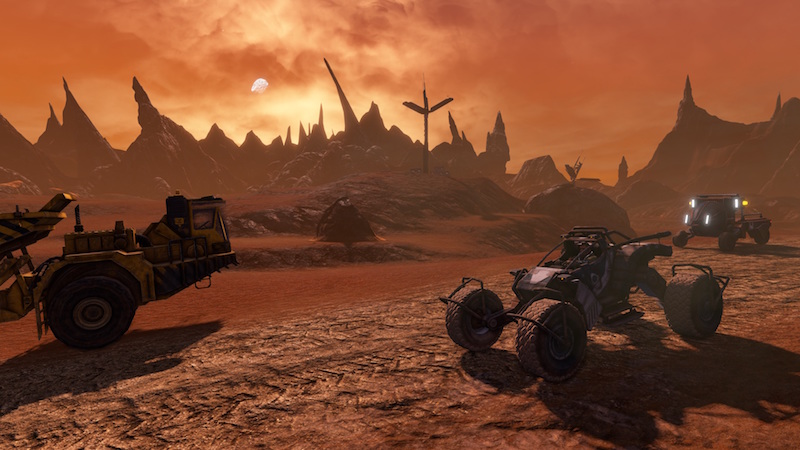 Red Faction Guerilla is back in remastered form. The remastered or, Re-Mars-tered if you prefer, edition is coming Switch this July.

One of the best entries in the Red Faction series, Guerrilla first hit consoles way back in 2009. An open-world title, the game allowed players to destroy copious amounts of terrain in their quest to save the people of Mars. I actually liked the follow-up (Armageddon) a lot more, but Guerrilla is a great game regardless.

And now, 10 years after it’s initial release, it’s back on the Nintendo Switch. Or, it will be anyway, come July 2nd.

So as you can see, there have been a bunch of improvements made to the original. This isn’t a straight port, not that you would have expected that with the 10 year gap.

I have to wonder too if THQ Nordic is feeling things out a bit to see if a totally new Red Faction might have legs. If that’s the case, then I’d love to see a return to the game’s original FPS roots. Just in case, you know, anyone’s reading this who might be looking for feedback.

Jason's been knee deep in videogames since he was but a lad. Cutting his teeth on the pixely glory that was the Atari 2600, he's been hack'n'slashing and shoot'em'uping ever since. Mainly an FPS and action guy, Jason enjoys the occasional well crafted title from every genre.
@jason_tas
Previous One:12 Moon Knight hits pre-order phase
Next Star Trek: Discovery – Aftermath comic coming from IDW