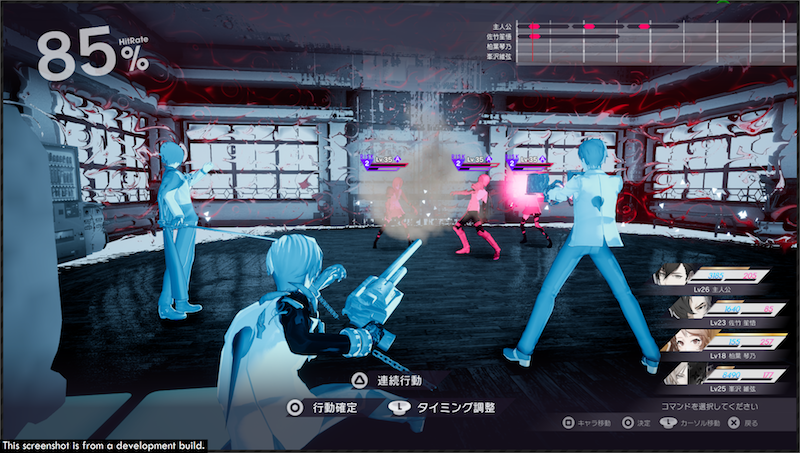 The Caligula Effect: Overdose was originally released on June 23, 2016 for the Playstation Vita. Back when it was released, its reception was somewhat lukewarm. Well, it was for a game written by Tadashi Satomi anyway. He famously worked on the first three Persona games, namely: Revelation: Persona, Persona 2 Innocent Sin and Persona 2 Eternal Punishment.

Supporting Tadashi Satomi is a team composed of gaming veterans. Those include Oguchi who worked on Kancolle (Kantai Collection) as well as Tsukasa Masuko who is mainly known for his work on the older Megami Tensei games. Again, the older Caligula Effect was released back in 2016 and it was a very average game, at least for a Vita release. And now, it’s back, and it’s no longer average… it’s terrible.

So why is The Caligula Effect: Overdose, a PS4/Switch remake, so horrible? Let’s break it down.

The Caligula Effect: Overdose has an extremely boring plot. I finished the game out of a sense of responsibility as a reviewer, but it’s largely forgettable. The direction is confusing at times, it is as if the director or the writer was trying too hard to be interesting.

Obviously, this had the opposite effect for me. All I know is that the generic protagonist and his Mary Sue friends are trying to survive an artificial world created by two somewhat sentient AIs (The Caligula Effect).

The most interesting fact is that trauma and taboos are an extremely focal element for the game. Similar to Persona where the psyche or the soul are utilized to fight shadows or the manifestation of human nature, The Caligula Effect tried to be a smartass with people using the power of their traumas to fight whatever threat they came across in the digital-ish world.

Again, the plot is so generic that even I forgot about it after about a week of completely finishing the game. Will I go back to playing the game even if a new game plus option is available or added? Hell no.

I’m one of the most considerate reviewers on Brutal Gamer, but this game really pisses me off because of how good it could have or should have been because of the star power. Instead it is a horrible show of generic anime tropes and overused plot devices.

The gameplay for The Caligula Effect: Overdose is pretty straightforward, at least on paper. It’s a turn-based RPG with anime-inspired elements. The most frustrating thing about it though, is its needlessly complicated battle system.

Now I know what you’re thinking: Maybe it will get better as the game goes on? Right? That is entirely incorrect. I know horrible battle systems when I see them. I played Final Fantasy XII and that had a great battle system. On the other hand, I also played Conception II: Children of the Seven Stars. Coincidently, that was also a Vita game released back in 2013.

It had a horrendous battle system and even more brutal pacing when it came to enemies. See, the first few levels in Conception II were like your average RPG. You kill enemies, you level up.

The problem with that is that as you get stronger, your EXP requirements go up as well. Conception II didn’t take that into account as the game actively caps your EXP gain past level 50. So each level takes longer and longer for you to level-up. Kind of an obvious attempt to artificially lengthen the game.

Let’s get back to The Caligula Effect. The game introduces extremely forgetful elements that border on unnecessary and cumbersome. The fighting itself is pretty okay, but everything in between is both boring and a hassle.

I can see how the production team tried to envision The Caligula Effect. They were probably aiming to be the next Persona or Tokyo Mirage Sessions and they tried to achieve this by creating their own unique battle system. The only problem is that they failed, and it made me lose my interest in the game.

Specifically on the control scheme, The Caligula Effect: Overdose is average. As it is an RPG, a majority of your time is spent either traversing the game’s locales or skimming through text and watching cutscenes. So everything is controlled normally with 4 cardinal buttons and directions as well as the triggers.

Nothing special with the controls and nothing bad about them. If I had to describe how actually controlling the game felt, then I’d got with “perfectly average”.

I’ve always loved the music from the Persona games who seem to have a theme for each of their games. Persona 3 had hip-hop, Persona 4 had pop and soft rock and Persona 5 had acid jazz. On the other hand, Shin Megami Tensei is often characterized by its mostly electronic soundtrack and the best example of that is the Shin Megami Tensei IV duology.

The soundtracks for both of these franchises are extremely well loved by their fans. So that makes me wonder as to why The Caligula Effect: Overdose’s soundtrack is god-awful, generic and extremely repetitive. There’s nothing special about its soundtrack and nothing was done here to make it stand out. As someone who puts a lot of importance in a game’s score or OST, I am extremely disappointed.

That kind of sums up my overall thoughts on The Caligula Effect: Overdose though. Disappointed.

A review unit was supplied to BrutalGamer by NISA

This is by far one of the worst RPGs that I have ever played and I do not recommend getting it even if you are getting it for free. The most disappointing aspect of the game is that it should be good but it isn't. I look forward to the next project from the team who made this game but The Caligula Effect: Overdose should be left in the dark - alone and forgotten.

Benj likes video games, neckties and scotch. His favorite games include Resident Evil 2 and Final Fantasy VIII. You may contact him at [email protected]
@ggburroughs
Previous Mezco’s One:12 Collective Aquaman goes up for pre-order
Next Castlevania Collection dated, fully revealed