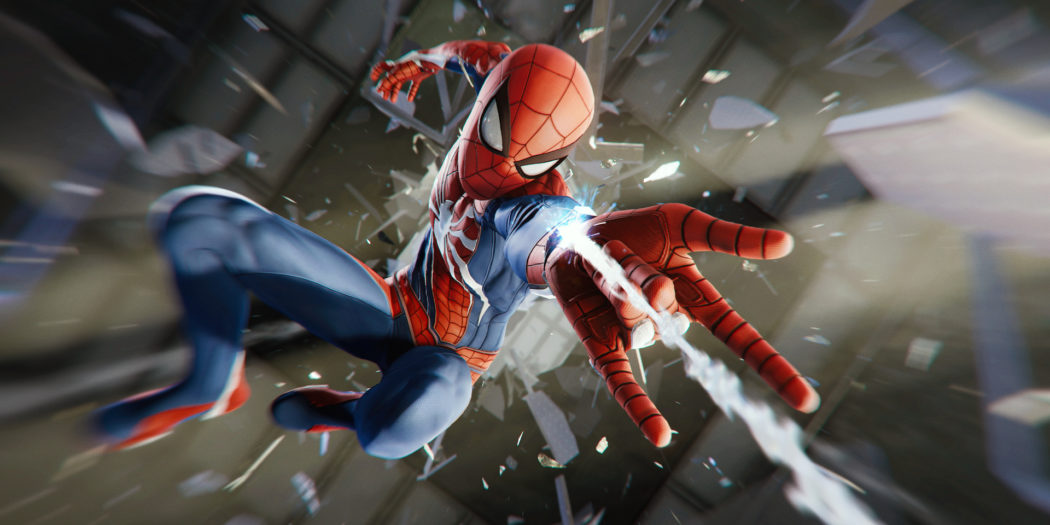 Like you didn’t see that coming. Spider-Man was a decisive winner of our Game of the Month honors for last month, crushing the competition.

Does whatever an awesome game can

Have you played Marvel’s Spider-Man on the PS4? The game, which is exclusive to the console, is a winner and a half from developer Insomniac.Not only does it bring then “superhero” genre back to life, it also provides what’s most definitely a Game of the Year contender.

Spider-Man is an original take on the character and the Marvel U in general. I don’t know if Marvel (or Disney, or whoever) has plans for all their future games to take place in the game’s version of the Marvel Universe, but it’d make sense if they did. Spider-Man is alive with new versions of heroes and villains, most of which are really well crafted.

The game’s version of NYC is also the biggest and most detailed ever in a Spidey title. Actually, make that “in gaming”, as I doubt there’s been a better one in any game ever. Add to that excellent controls, phenomenal graphics, and a a stellar voice-cast, and you have a must-play.

It’s also our Game of the Month for this past September.

There’s almost nothing to dislike about Marvel’s Spider-Man by Insomniac. The game offers a cool, original Spidey universe the somehow manages to make some of the longest-lassoing elements of Spider-Man lore feel fresh. I didn’t love all of it, but every bit of it was entertaining and enrapturing. The gameplay is great, the graphics are awesome, and the voice cast is superb. This is great stuff… except for most of the missions where you play as secondary characters.
Our score: 92%

As great as Spidey was, we did have one lone, dissenting voice in our voting (and no, it wasn’t Rick). One lone vote was cast for Shadow of the Tomb Raider.

Lara Croft’s latest prequel adventure saw the character starting to turn more into the Lara that fans know and love. Even so though, it didn’t seem to light the world on fire the way that you might’ve assumed.

Most criticism of the title came in the form of comparison to the previous game in the series. I had actually heard that both prequels were superior to this latest installment. As far as that commentary goes, I can confirm that the original title was pretty terrific.

The sequel to that, I haven’t played, so I can’t really comment on how good it was. For that matter, I also haven’t played Shadow of the Tomb Raider, and we didn’t have a review post to BG either. It’s definitely a good looking game, though maybe a little disappointing, depending on who you ask.

Jason's been knee deep in videogames since he was but a lad. Cutting his teeth on the pixely glory that was the Atari 2600, he's been hack'n'slashing and shoot'em'uping ever since. Mainly an FPS and action guy, Jason enjoys the occasional well crafted title from every genre.
@jason_tas
Previous Army of Darkness meets Bubba Ho-Tep in new crossover from Dynamite
Next Episode 50: Same Old