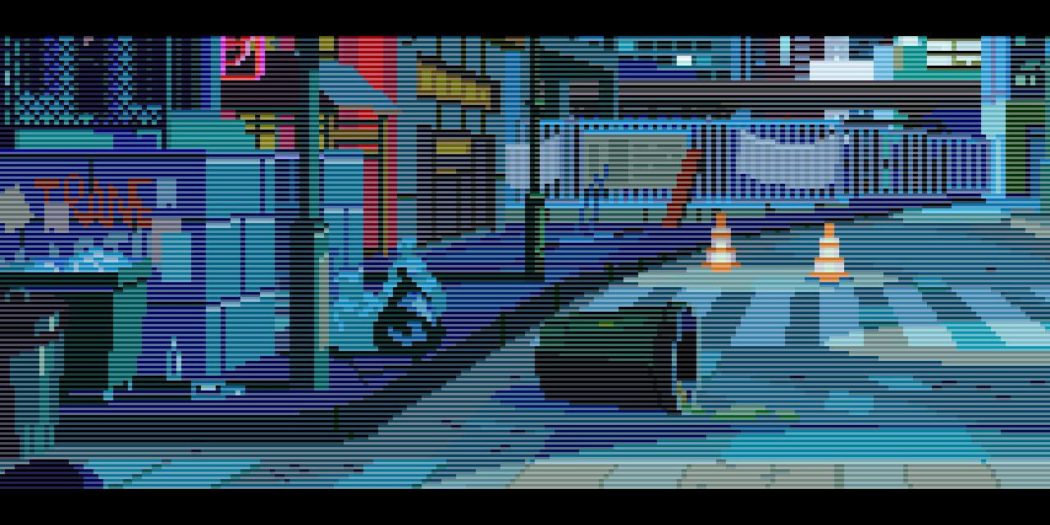 Pocket Rumble, available on Steam and Nintendo Switch, is easy to play, and easy to buy.

It’s easy to take that as a detriment. The package is bare of the sorts of things that make a fighting game worth sixty dollars. There’s no Soul Caliber style character creator and no BlazBlue style, fight-driven graphic-novel text adventure. There’s training, and arcade, and a handful of (eight) characters. You can play versus online or offline. $9.99. 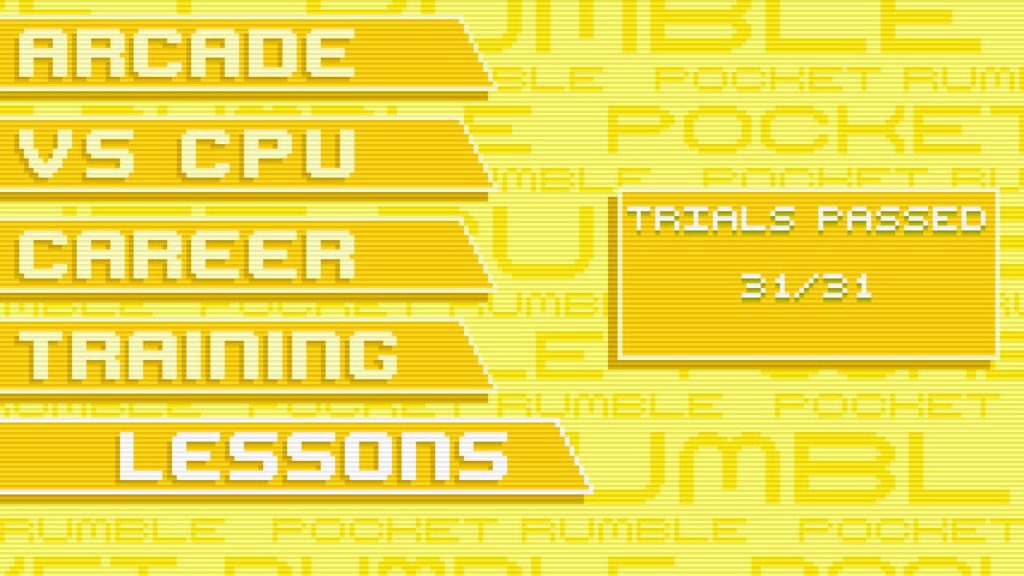 But Pocket Rumble isn’t built to be a $59.99 fighting game. It’s made to be easy to purchase, and easier to play. You’ll only need two buttons, plus a d-pad or thumb-stick, and you’ll be throwing down specials and combos in no time. This means you’ll need precisely what your Switch came with. Pocket Rumble has none of the quarter-circles or charge moves of more technical fighters, but all of the spacing and strategies. With diagonal-down, forward or back, tapped or held, A or B, air or ground, you suddenly have a suite of specials at your disposal. Include unique super-bars for every character (Tenchi builds up a Ryu-style Hadoken super by using specials; Naomi builds a bar to use ex-moves by tapping A and B at the same time) and light and heavy attacks to complete the recipe.

It’s a 2D fighter with the DNA of Street Fighter, made manageable for people who don’t quite want to learn the intricacies of Guile’s air-game. For someone like me, who has struggled to get people into BlazBlue, this sounded like the perfect bait.

My brother and I played several hours of one-on-ones in the week of launch. I settled into Parker’s suit- enjoying connecting the dots with his electric orbs- while my brother landed on Quinn, a frightening brawler who can leap off walls and turn into a rushing werewolf. I lived or died based on my counters, while his victory was almost ensured if he could get his claws and mix-up on me in the corner. 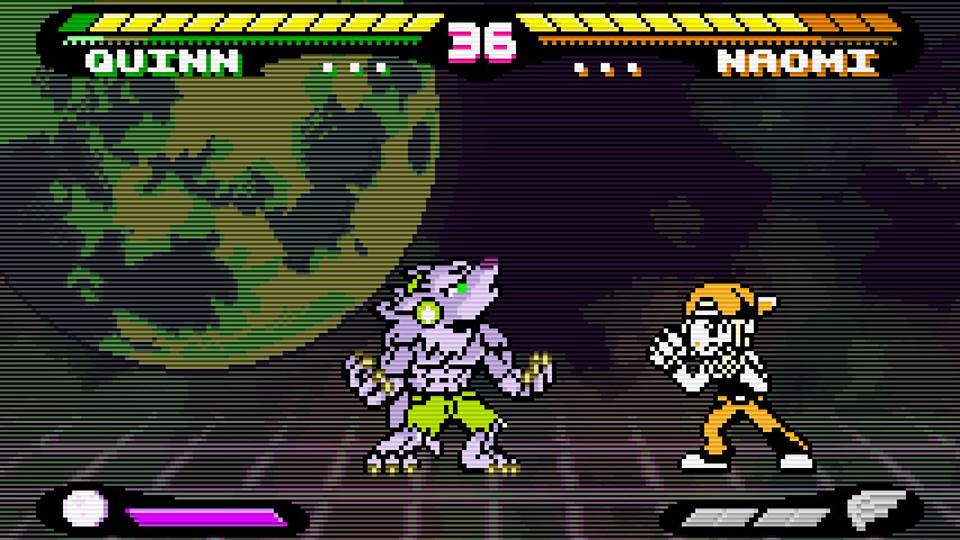 Within minutes, we knew our characters’ move-sets confidently. It took weeks of BlazBlue training to understand the likes of Hakumen and Nu-13 so intimately, before we could have intense and even throw-downs.

Of course, my brother and I are the kind of guys who are still waiting for the next Virtua Fighter, so it was difficult to know for sure what the simplicity would mean for my other friends.

The only one who bit was my cousin, who, it should be mentioned, plays a mean game of Soul Caliber, and has dabbled in P4A and anime fighting games one through six. Not, perhaps, the perfect specimen, but I took what I could get.

We put in probably thirty minutes. The fights were nice and even- it took him just a couple rounds to get his character. We did everything we might have done if I had tried to get him into Street Fighter, except at an exponentially faster rate. Instead of searching through command lists, we were playing footsies. Instead of swirling the control stick for three rotations trying to launch a super attack, we were poking each other’s defenses with projectiles. 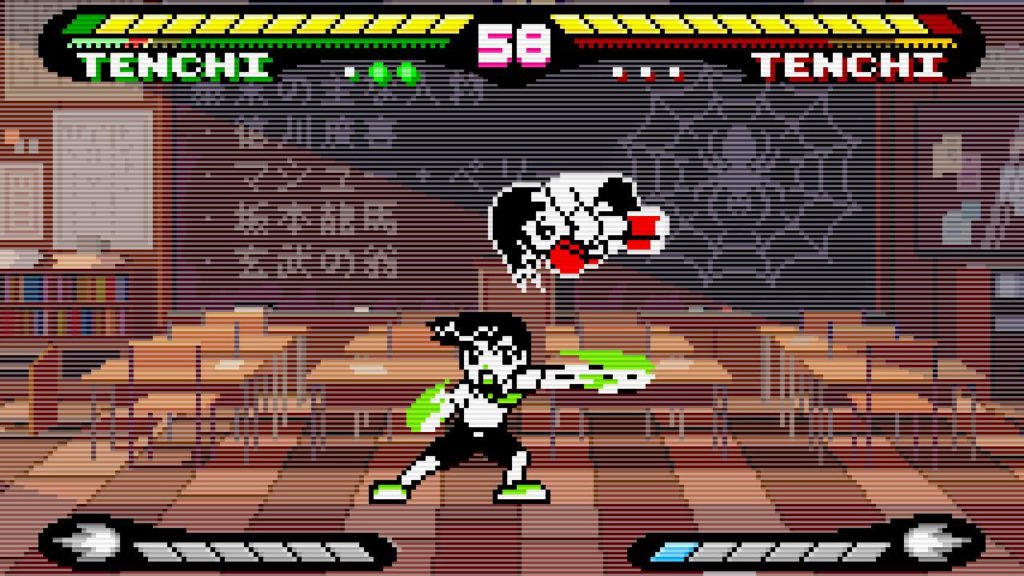 To further ease new players into the game, almost every move in Pocket Rumble does the same amount of damage. A desperately thrown, last-minute light attack will deal the same damage to the attacker as their perfectly timed, flawlessly executed anti-air. Matches where you feel like you’ve been dominating turn into a fast surprise when you look at your health bar and find out their little slaps were equally as effective as your dominant combos. It gives Pocket Rumble a completely different feel, something between a game like Divekick and Street Fighter.

The game’s aesthetic makes the Switch screen feel like an up-res’d GameBoy Color. Chip-tune beats compliment the blocky pixel art, and the fighters’ win animations and introductions give them a bit of character. Each design stands out against the rest of the cast, and aren’t easily reduced into fighting game character tropes (at least visually). Hector is a cowboy samurai; June is a dead school girl; Subject 11 is a grappling…uh, maybe zombie? 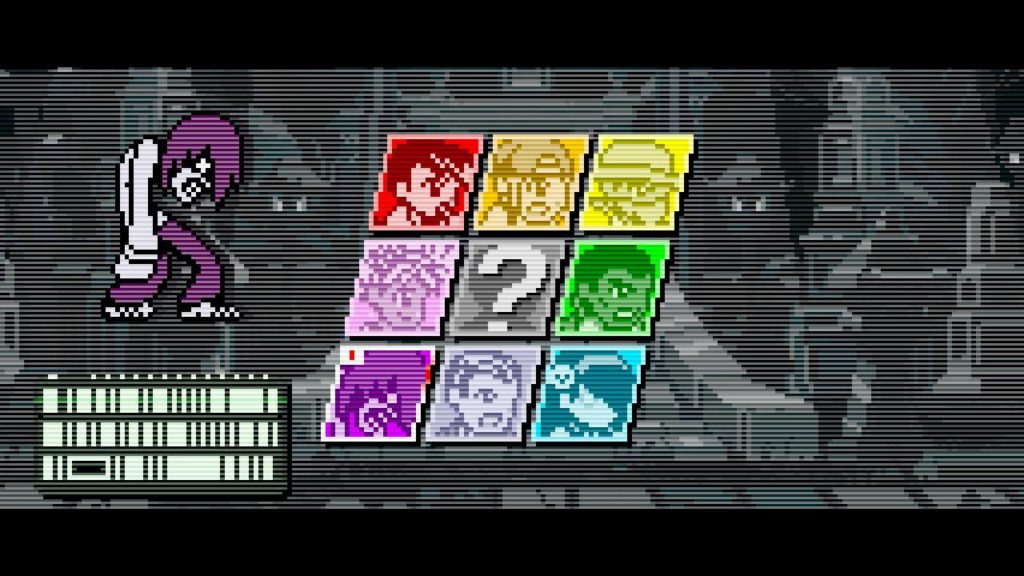 And Pocket Rumble is a $9.99 fighting game. Sparse modes and eight characters make it fit that price point, and its simplicity helps the easy sell be easy to play. I thought it was a fun diversion from my typical fighting games, but it probably won’t be in my long-term rotation.

As my cousin put it succinctly at the end of our half hour: “I mean, it doesn’t make me want to kill myself, but it’s not Smash.”

Brutal Gamer's Nintendo Editor began his gaming life a little late- at five years old. But he's made up for it in the two decades since, gaming and writing about gaming with the same passion, fervor, and unrelenting love as his five-year old self.
Previous One:12 Collective Cyclops optic blasts onto Mezco’s pre-order page
Next The SNES Omnibus Volume 1 (Book) Review