E3 was full of sequalitis this year what with franchises milking and kicking what already are a bunch of dead horse-cows. Yet some people will always be happy with said dead horse-cow milk while I am looking towards some of the fresher releases. Without further ado, here’s my Top 5-ish Games of E3. 5-ish because I am tentative about my hype but I will discuss further.

Speaking of dead horse-cow milk drinkers I am one of them. I have been looking to see anything about the newest Elder Scrolls game. Each Elder Scrolls game has introduced new mechanics, fine tuning, new enemies, new environments and more lore that references previous events. I also enjoy how the writers of the games seem to be very careful not to retcon previous events of the other games and instead use information given to players in the previous games to refer to the newest one.

ES6 gets my 5th spot because I am skeptical considering the narrative blunder of Fallout 4 but excited because I have something to live for until 2021 (rumored release date). We are one step closer to Elsweyr, my favorite continent of cat-people. I’m hoping for new races, perhaps newer modes of transport besides boring old horses like how fresh Silt Striders were in Morrowind, new cultures to explore, new politics etc. There’s so much to experiment with when it comes to Elder Scrolls. The trailer music was awful though I really am not a fan of that trumpet fare. Also the environment tease didn’t have much to go for besides some highland looking area. I feel they made it ambiguous on purpose for theories to fly about about where it is taking place. Here’s to looking forward to the next one!

I am not usually a fan of MMOs. I see them as grindy, micro-transaction ridden hellholes where only your Pavlov-addled brain can bare with it. If you have friends, you can play any game I guess and that’s why I think MMOs still cling on. That sense of brotherhood and feeling like you could actually function in society if you left your house. Then I played Guild Wars 2: cat people, better graphics, community goals, people throwing parties and giving free stuff: a world you could run around in and enjoy casually while listening to music. However, without people to jam I grew weary and left.

Now we have Anthem: a game with great A E S T H E T I C S. It looks like so much fun as if it could be run through solo. The customization also looks really cool – little Mechwarrior-esque. The weapons and gameplay seem solid. Third-person fighting at whatever distance with whatever tools you’d want. I am hoping going solo or with a squad isolates your world from other players – like you have a choice whether you wanna see a hundred people running up to a vendor or just yourself. I really have no idea how they are going to have this look great and play great as an MMO.

But it looks too good too be true. I am so skeptical that this vision shown will be the end result… but a girl can dream can’t she?

Cyberpunk 2077 seems like it’s going to be an open world game with a focus on gang-wars. However, this E3 trailer made me a little disappointed from what we saw compared to the previous one in 2013. The original trailer had some mad dramatic graphics and seemed really dark and mature with a focus on the police force in this world. The newer trailer reduced the graphical element and presented the game as more of a “lite” version with brighter colors and more perspectives.

There’s a lot to dissect in this trailer. A bit too much in a sense. We are given so many aspects of this world but we aren’t sure yet where the player will fit in. There’s also nothing emotionally investing me in the game yet. However, an open-world RPG with guns, drugs, politics, violence, synthwave and LED popped collars? Sure, sounds a bit like Fallout in a sense! I am still hoping the final presentation will be better. CD Projekt Red are the developers so I am hoping they will keep their standards up!

Sekiro: Shadows Die Twice is made by From Software and looks like Dark Souls, Bloodborne, God of War and Japan mixed into one game. And it looks awesome! The graphics are on Bloodborne’s level and there are some supernatural elements. The verticality that has been added to the game makes it seem more interesting and fresh than its predecessors (hence God of War). It’s like a way better version of Nioh.

Japanese culture seems to be in right now what with this being announced after Nioh and Ghost of Tsushima also being announced. On the one hand, I’m getting a little tired of samurai settings but on the other I really do like Dark Souls. I just hope they treat this release better than the previous ones, caressing it with a gentle hand rather than smacking it in the face with a fist! I’m expecting a ton of polish on these samurai shoes!

Death Stranding is so interesting. It’s so interesting, no one knows what’s going on except they know they have to buy it. I am so intrigued and curious about this game. The third-person “delivery boy” gameplay, the strange other-worldly story set in a future no one is certain about, the apparent time-travel humans can experience at the hands of these black inky ghost guys, the baby… seriously what is going on with the baby!? All I know is this game is weird but it is putting professional actors (such as Norman Reedus) at the forefront of a video game.

Games are getting the Hollywood spotlight – whether good or bad it’s important the game industry has the interest of investors. What better way to get their attention than to show them that games have big names behind them (or taking part in their development)? The motion capture is also going to be miles ahead with professional actors at the head. The level of detail in this game coupled with this bizarre narrative it’s going for is really exciting! Hideo Kojima, this might be the weirdest, best thing you’ve ever done. Keep up the good work!

Megan here! I am pretty well versed in all things weaboo and geek. I've loved videogames since I was born and even made my own for my 3rd year of Multimedia at the University of Pretoria in sunny South Africa. I have enjoyed anime from the days when Pokemon was considered satanic and Aniplex used to exist on DSTV. In the past couple years I have really gotten into manga, particularly Berserk to see where the story headed after the original anime. If there's one thing I will always love 110% it is cats. Don't doubt my faith in my love for felines.
Previous EVERSPACE (PS4) Review
Next Sam Keith’s Maxx returns in new inter-company Batman crossover 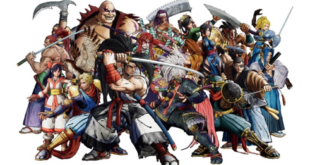 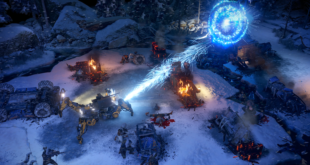 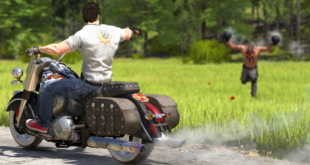 If you’ve been waiting for more actual news about Serious Sam 4, this is the …