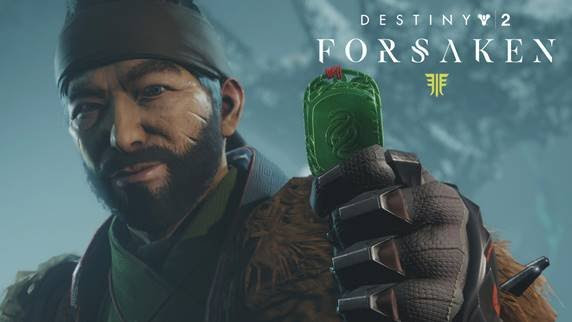 Destiny 2: Forsaken is coming, and it’s bringing a brand new game mode with it. Gambit pits players against other players, and legions of enemies.

A hybrid mode, Gambit is something all together new for Activision and Bungie’s first person shooter. It actually sounds pretty neat too.

Featuring four on four gameplay, this new mode effectively brings together two different play styles. It pairs player vs player and player vs enemy action. According to the press release, it’s meant to be a little something for everyone.

Gambit is a 4v4 hybrid mode that merges PvE and PvP experiences into an epic battle. It’s a new way to play Destiny 2, offering something for all players to enjoy, appealing to those who thrive on the competition and unpredictable elements of PvP gameplay, while seamlessly blending the collaborative and cooperative elements of PvE.

Lots to get excited about with Forsaken for Destiny fans, both with the new mode and what looks to be a cool storyline (hopefully). If you already own the game, it should be mighty tempting to get back into it with this upcoming download.

And if you don’t, well maybe Forsaken might just be enough to pique the interest of some of you who’ve been avoiding it.

Jason's been knee deep in videogames since he was but a lad. Cutting his teeth on the pixely glory that was the Atari 2600, he's been hack'n'slashing and shoot'em'uping ever since. Mainly an FPS and action guy, Jason enjoys the occasional well crafted title from every genre.
@jason_tas
Previous E3 2018: Activision sneaks a new level into Crash Bandicoot: The N.Sane Trilogy
Next Shaq Fu: A Legend Reborn (PC) Review