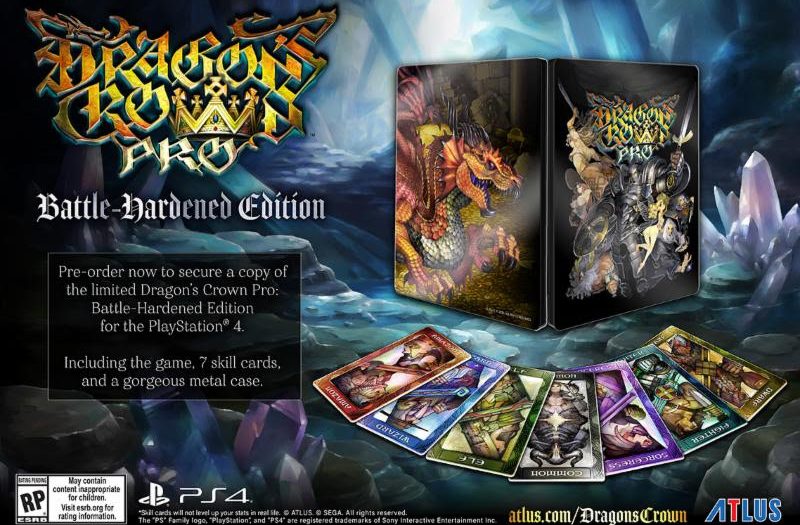 Miss out on Vanillaware’s lavish Dragon’s Crown when it arrived last generation? Then you’re in luck as Dragon’s Crown Pro Battle-Hardened Edition is coming.

I actually wrote the review of the original Dragon’s Crown a few years back, and I enjoyed the heck out of it. A brawler with RPG elements and that staple Vanillaware charm, the game is a terrific fantasy jaunt. And now it’s back.

Look good? You bet it does. And this remaster has more than just a graphical facelift. Here’s what’s new:

Pre-orders are live now for the game, and you can secure a copy right here. Dragon’s Crown Pro Battle-Hardened Edition will run you $49.99 USD and should arrive exclusively for the PS4 and PS4 Pro this Spring.

Jason's been knee deep in videogames since he was but a lad. Cutting his teeth on the pixely glory that was the Atari 2600, he's been hack'n'slashing and shoot'em'uping ever since. Mainly an FPS and action guy, Jason enjoys the occasional well crafted title from every genre.
@jason_tas
Previous Retro-Bit launching lineup of Sega products under new agreement
Next Warhammer: Vermintide 2 confirmed for consoles