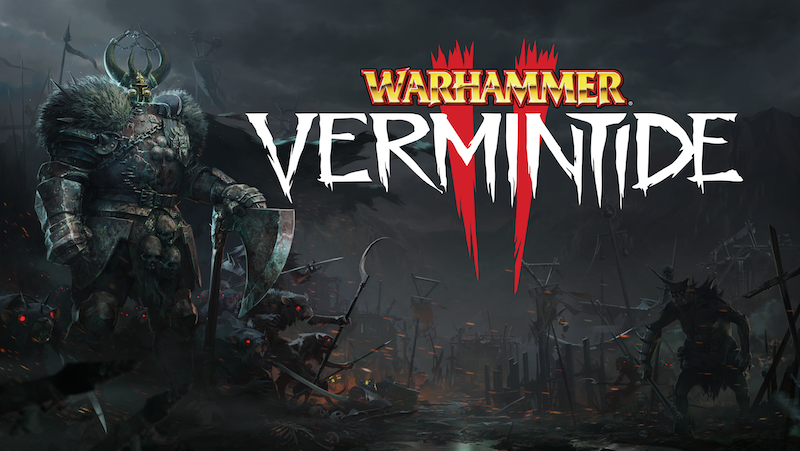 The PC won’t be the only place to play the forthcoming Warhammer: Vermintide 2. The game has been confirmed for PS4 and Xbox One.

The Vermintide was just available free on Xbox Games with Gold. And to go right along with that, was the announcement of the sequel – Warhammer: Vermintide 2. Well, for the PC it was anyway.

Though, that’s changed as of this week, as the game has been confirmed for the Xbox One, and the PS4.

Vermintide 2 looks terrific from the preview screens that we’ve seen. And it touts one of the most popular Warhammer bad-guy factions in Chaos. That’s right, the Dark Gods will be right there on the battlefield this time, along with those in their thrall.

The vile foe will be facing off against a quintet of heroes in the game. Expect a lot of new stuff in this one too. The game will be loaded with “15 hero careers, new environments, talent trees and the proprietary Heroic Deeds System.”

The 5 heroes have returned to take on an even greater threat – the combined forces of the cowardly Skaven army and the barbaric Chaos faction. Prepare to be challenged like never before as you and your team desperately try to survive the never-ending hordes of enemies. Choose between 15 different careers, climb the talent tree, and customize your weapon arsenal to fit your unique play style as you fight your way through 13 stunning levels. The only thing standing between utter defeat and victory is you and your allies – if you fall, so will the Empire.

Jason's been knee deep in videogames since he was but a lad. Cutting his teeth on the pixely glory that was the Atari 2600, he's been hack'n'slashing and shoot'em'uping ever since. Mainly an FPS and action guy, Jason enjoys the occasional well crafted title from every genre.
@jason_tas
Previous Dragon’s Crown Pro Battle-Hardened Edition up for pre-order
Next Dark Horse’s Silver FCBD book will run with ARMS and Korra