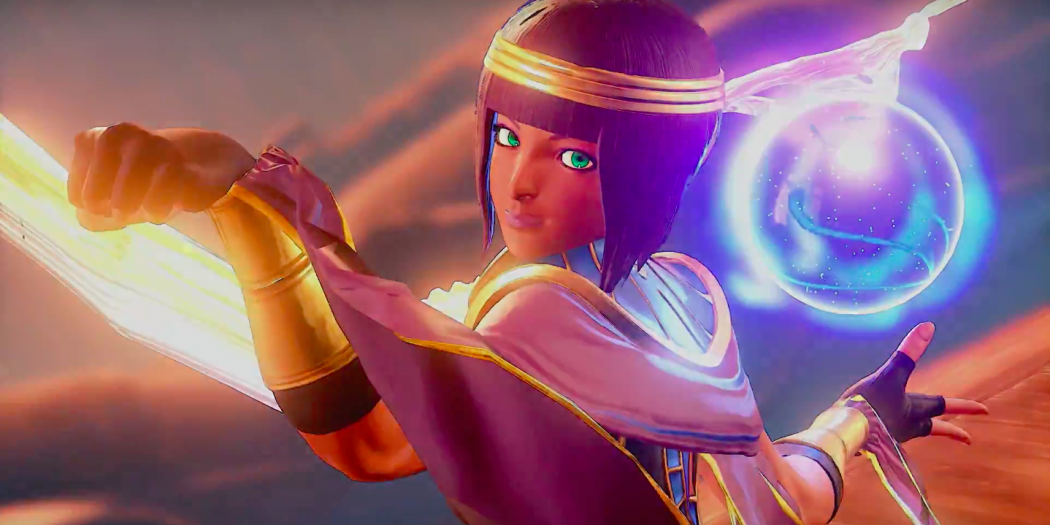 The fortune teller and orb wielder shows off her skills as the newest addition to the game’s roster.

Released Aug. 27 by Capcom, the trailer shows “Street Fighter V’s” next DLC character, the fortune teller Menat, in action. Utilizing orbs as both straight forward blows, timed attacks and traps, Menat can juggle and control foes with ease. She can also teleport and pull in enemies from a distance, providing a wide and versatile attack range.

The trailer also revealed the 30th anniversary costumes for more of the game’s characters, set to release the same day as Menat on Aug. 29, 2017.

While she may end up needing to be nerfed and balanced a bit, Menat is one of the better characters to be added to “Street Fighter V’s” roster. Her move set has good variety and her lighter fighting style is a good change of pace from characters like Akuma or Ed. Here’s hoping she finds a place with fans once she launches tomorrow.

Keenan McCall is a journalist and writer with a passion for animation. From video games to anime, anything that sets art in motion will get him talking and writing nonstop.
Previous Cities: Skylines (PS4) Review
Next Goku and Vegeta become as gods in new Dragon Ball FighterZ trailer