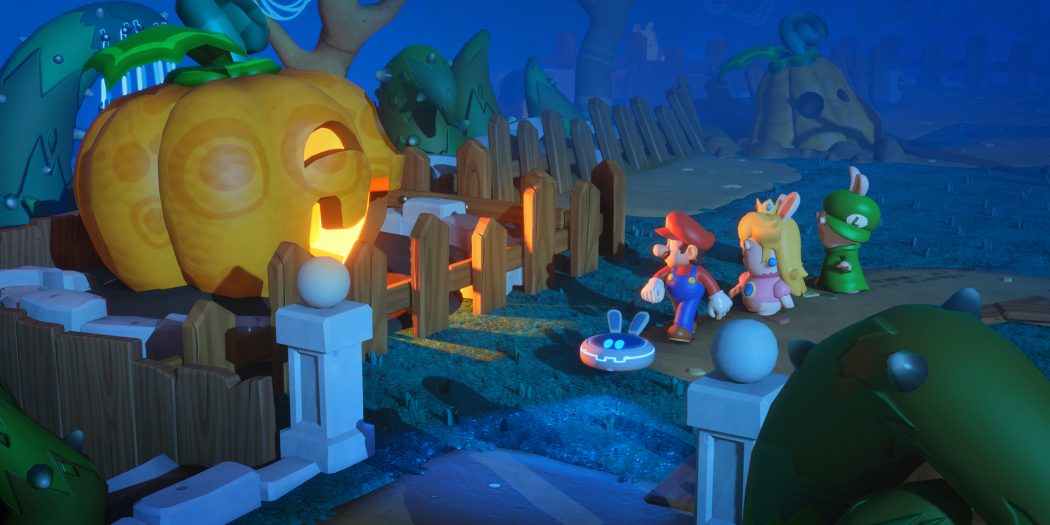 Ubisoft is talking about the post-launch plans for Mario + Rabbids. A Season Pass will be in play for the game, and include both items and story content.

A Season Pass? For a game with Mario in it? Yes, the times are a-changin’, but let’s also remember that Mario + Rabbids is a Ubisoft title. So yeah, there’s a Season Pass and plenty of incoming DLC. Though, I’ll add to that, that the selection sounds pretty solid.

Yep, there’ll be weapons to download. But more than that, Ubi is saying that there will also be “challenges”, Co-op maps, and “brand new story content”. So this is more than a few new maps and guns then, as you’ll actually get new narrative to play through. Not too shabby at all.

Mario + Rabbids Kingdom Battle lands on the Nintendo Switch on August 29th (this Tuesday). Expect the Season Pass to be available as of day one.

Jason's been knee deep in videogames since he was but a lad. Cutting his teeth on the pixely glory that was the Atari 2600, he's been hack'n'slashing and shoot'em'uping ever since. Mainly an FPS and action guy, Jason enjoys the occasional well crafted title from every genre.
@jason_tas
Previous Call of Duty: WWII reveals Headquarters, the game’s social hub
Next BG Unboxed: August 2017’s Loot Crate is a Kingdom of goodies