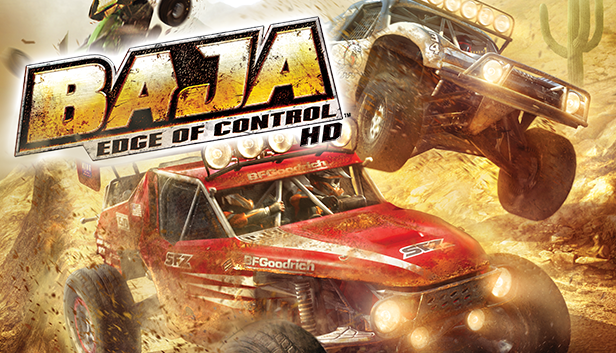 Baja: Edge of Control racing towards consoles next month

Looking pretty great, is off-road racer Baja: Edge of Control. The remastered title is heading to the PS4 and Xbox One in short order too- arriving next month.

Taking it to the Edge

Pretty sharp, huh? Personally I’m a bit shocked at how good Baja looks. Not that I’m a big race fan either, but the look is terrific, and for some reason I’m a bit of a sucker for off-road stuff. Of course, the graphics dirt hurt.

They look slick, and nice and colorful. And that’s important, since that was kind of the point here. THQ Nordic’s revamp of Baja upgrades the game to 4K resolution. More than that though, players will also get to play around with “a huge selection of vehicles and new environments.” So even if the new looks don’t sell you on the new edition of Baja, the added element might.

Watch for Baja: Edge of Control on the Xbox One and PS4 on September 14th.

Jason's been knee deep in videogames since he was but a lad. Cutting his teeth on the pixely glory that was the Atari 2600, he's been hack'n'slashing and shoot'em'uping ever since. Mainly an FPS and action guy, Jason enjoys the occasional well crafted title from every genre.
@jason_tas
Previous Behold the Terror Tribe in the new Middle-earth: Shadow of War trailer
Next Meet Stefano Valentini in the new The Evil Within 2 trailer