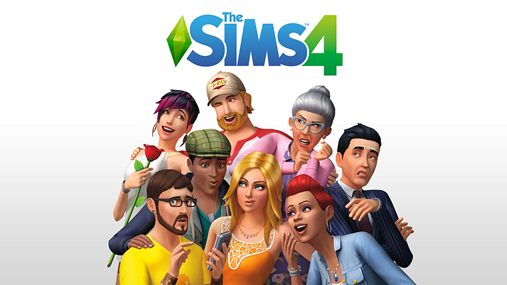 Home / News / The Sims 4 is finally heading to consoles

The Sims 4 is finally heading to consoles

Console-locked Sims 4 fans, your day has arrived. Well, almost. EA has announced that the life simulator is on the way to the Xbox One and PS4.

I think just about every PC gamer from the turn of the millennium has tried The Sims at some point. The game, which simulates life like Sim City simulates a city, was a huge hit when it debuted way back in the year 2k. I can remember playing the original, killing many a Sim in as many oddball ways as I could think of…

Since then, it’s been through a series of releases, culminating in the fourth numbered version that launched in 2014. Yes, 2014, as in three years ago. And it didn’t make the jump to consoles, but that’s a fact that changes this fall.

EA has announced this week that The Sims 4 is indeed heading to the Xbox One and PS4. It looks like the game will be pretty complete too. It’ll be packing much of what’s made the PC edition a fan fave.

“The addition of a console-version of The Sims 4 has been long-awaited by fans and newcomers alike, and we at Maxis are beyond excited to bring The Sims to new platforms,” said Executive Producer, Lyndsay Pearson. “The game delivers a beautiful The Sims experience on console and comes packed with tons of the fan-favorite content, so players can look forward to the unique gameplay, self-expression, and fun that have come to be tentpoles of The Sims brand. The possibilities to play with life are as endless as the players’ creativity.”

With plenty of customization options, including building possibilities, The Sims 4 on consoles should keep the flavor of the PC game intact. Oh and yes, before you ask, “various neighborhoods and dynamic venues” are included as well. The game will receive continuing updates post-launch too, so it should stay fairly current with its PC sibling.

Just in time for the Holidays

Look for The Sims 4 to arrive on November 17th, but if you’re a fan you’ll probably want to pre-order before that. EA says that those who do, will receive The Sims 4 Perfect Patio Stuff pack. What’s in there? Why, “hot tubs and tons of bonus décor for your outdoor oasis” of course. What else?

Being that this is EA we’re talking about here too, there’s also an incentive to order The Sims 4 Deluxe Party Edition. That’s more of an exclusive version, that’ll get you started three days before everyone else. That means you’ll be free to fire up the game as of November the 14th. You’ll also get all of the Perfect Patio stuff in this version, as well as the “Flaming Tiki Bar, outrageous costumes, silly animal hats and more”.

Jason's been knee deep in videogames since he was but a lad. Cutting his teeth on the pixely glory that was the Atari 2600, he's been hack'n'slashing and shoot'em'uping ever since. Mainly an FPS and action guy, Jason enjoys the occasional well crafted title from every genre.
@jason_tas
Previous SDCC 2017: Mutants and cosmic heroes join Sideshow’s Marvel offerings
Next Xbox Games With Gold For August: Slime Rancher, Trials Fusion, Bayonetta and more