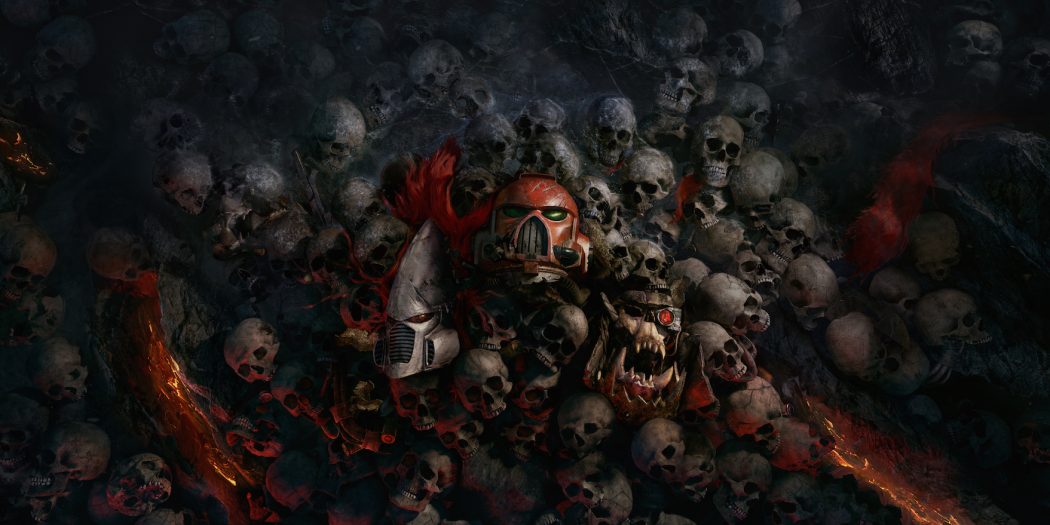 Brutal and unforgiving The Warhammer 40k universe has legions of fans. And Sega’s Dawn of War III has the attention of most of them.

So. Here it is. My take on Sega’s modern-classic RTS series. Here’s the thing though, I’m a complete beginner when it comes to the Dawn of War series. It took me a while to digest it, and all I’m gonna say is that it’s a completely new experience for me.

Without further ado, let’s get started.

I’ve been playing League of Legends and DOTA 2 religiously just to stave off my cravings for RTS. Sure there’s still StarCraft but the desire for something new is still there. I am aware that to fully render an RTS on a scale like Last of Us is impossible, but what I saw with Dawn of War, I loved. So here’s the thing that all of you probably know: what makes RTS games amazing is both the macro and micro elements that make up the sum of the game. 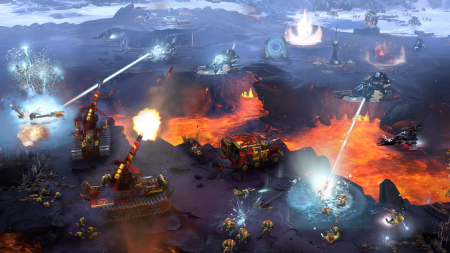 There are probably a hundred different possible maneuvers that a player can do at any given time. And Dawn of War III makes all of that possible without compromising on the graphics. Sure, the graphical requirements of the game itself might be a little high for the average PC consumer. But keep in mind that it is optimized at any level of settings.

Hardcore enthusiasts can enjoy the graphics at the highest possible settings. And if that’s not you? Not to worry, less capable machines can do so on a more humble level. Either way, the same level of enjoyment is there.

Basically, the game looks great and feels great at any level of graphical setting.

Here’s the thing too: I loved every bit of the lore of the Warhammer series. In fact, when I first booted up the game, upon watching the opening cinematics I found myself hooked, instantly intrigued as to what the story was trying to tell me.

I actually spent a good chunk of my review time reading the lore of the series. And whatever I imagined that was described in the source material came out looking great in the game. 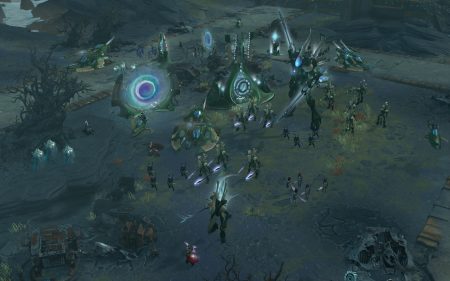 I mean, a person’s imagination can only do so much right? I imagined a great war where humanity was struggling to survive against the alien menace. The battles were arduous and somewhat impossible at times and I thought that they were well represented in the game. I loved StarCraft when I was younger and Dawn of War III made me feel at home with the classic RTS vibe… on a graphically increased scale.

All in all, the game looks and (more importantly) performs amazingly well. It runs smooth and the art is well represented. And the game’s violence-filled world of combat is dark and brutal.

If I had any problems with the game, it would be the voice acting. If you’ve been reading my previous reviews, you would know that voice acting is a very big thing for me. It’s one of the elements that makes or breaks a game. In this case, the voice acting in Dawn of War III is definitely not up to my standards. Sure, I enjoy reasonable patriotic shouts and other nonsensical thing that the Orks can blurt out, but it gets repetitive in a way that isn’t good.

If you play League or even StarCraft, you know what I mean. Every unit would have at least 5 lines that you would hear repeatedly. StarCraft makes that interesting because the characters are likable, or sometimes even relatable. Dawn of War III’s characters are somewhat relatable at times.

Honestly though, they’re mostly either too “for the cause” or downright batshit crazy.

That would have been interesting if executed properly, but it wasn’t. The whole thing made the voice acting not enjoyable for me. If anything is a saving grace though, it would have to be the music in the game. I love the music. 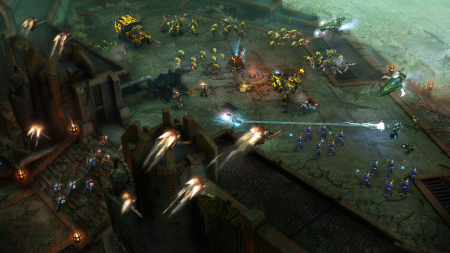 Developer Relic did an excellent job here conveying the emotions and pride that each faction should be feeling at any given time. The music can make you feel tense, it can make you feel ready to rock, and it even makes you feel fear for your own units. That’s how amazing the score is, and I’m glad they had better composers than voice actors.

I believe that the music made the game better. Again though, the voice acting… not so much.

My main problem with the game though, is that that’s a central element. It might sounds cool, but the 3 characters (as well as their unique abilities) are often overlooked. And that’s easy to do in favor of simply going ham, a’la Leeroy Jenkins.

Sure there’s base building and unit management, but at the end of the day Dawn of War III is all about the three characters and each faction’s unique abilities. And it’s all so negligible. It’s just not good. If Dawn of War III can follow the previous Dawn of War, and release some patches (or even a full-on expasnsion pack), then I hope that they can fix this issue there.

As for the gameplay, it was enjoyable. But it could be better. It’s not bad exactly, but it’s not great either. Even so, it still manages to provide a unique feel that any RTS fan should enjoy.

The story on the other hand is full-on amazing.

Though I should add that that’s the lore of the entire series however, and not of this game itself. Warhammer and Dawn of War go hand-in-hand when it comes to storytelling.

Sometimes you’re going to want to actually pause the game and read up on some history. It sounds humorous, but you might need to just to be able to fully understand what’s happening. What’s motivating everyone in the game isn’t always clear.

You can enjoy the game for all of its RTS glory by itself. But if you have the time, I recommend reading up on the lore. That’s mainly because it is freaking amazing though. And it makes an already good game into a full-on immersive experience. It’s so deep that it won’t lose out to story-driven games like the Telltale Games or even Life is Strange.

Okay, I may be exaggerating a bit. But the story is just that good. It’s so good actually, that it makes up for the little issues that I had with this one.

Graphics that go from solid to amazing, depending on your rig - 95%

A few issues with implementation, but otherwise excellent

Warhammer 40K: Dawn of War III is an extremely enjoyable game if you're into RTS'. It might be a little too much to get into as a beginner though. I think that's true both of the genre and of this series in particular. You're going to want to read up on at least some of the lore. Understand how to play the game, and then polish your skill so that you wouldn't lose out to a full-on Ork frontal push. As a beginner, you can still get into the game. It just may take a while for you to get interested. All in all, I enjoyed DoWIII though, and I also got into a fandom that immersed me completely. The story here is deep. It's so deep that they have their own communities that are dedicated to simply discussing the lore. I didn't understand what I was getting into and I underestimated how big this series is. But it didn't disappoint me. That's true both as a DoW-beginner and a long-time fan of RTS'. Definitely get this game. It's worth it.