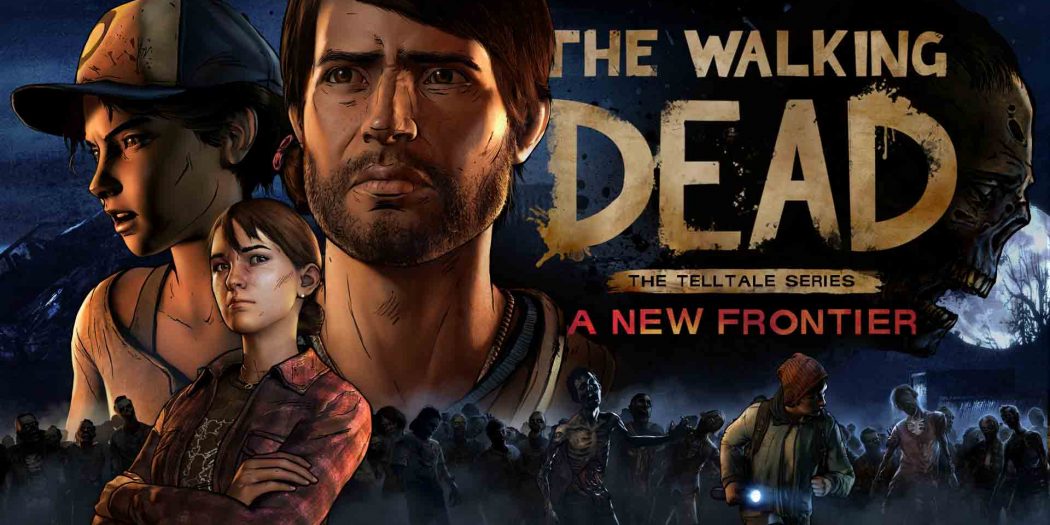 It’s been three months since we left Javi and co. in the midst of zombies and murder and almost death. Well, for my play-through anyway. Episode 3 starts by covering a little more backstory from our little survivor family after things went south in our last flashback. This is mostly just a reminder that evil brother David was thought to be mother dearests first meal as a zombie. Once this is over we head back to where Episode 2 left us, face to face with darling David. The only difference being I had picked my jaw up now.
This episode focuses more on The New Frontier and you get a little insider look and a great set up for what’s to come. Unfortunately gameplay is put aside for this setup. Nevertheless it’s a damn good show.

This episode is a little less interactive than the others. There’s not much in the ways of exploring, deciding who you talk to or quick time events. A lot of the time the story is going the way it’s scripted to, you just choose your words.  You get the occasional “So and so will remember that” but not too much choice.

However, I did feel that the few choices you did get were rather difficult to make a decision on. Except a certain chance of vengeance that I simply couldn’t not take full advantage of. It was actually rather refreshing to take out a villain who more than deserved it and not be treated like the bad guy. I probably could have been less of an animal about it though.

A lot of this episode is spent finding out more about The New Frontier. They almost seem like a good idea until you get further inside and realise it is not all as it seems. Surprise Surprise. It was within these walls when my patience was tested the most.

Clementine makes her return as she always does and I’m just as pleased every time. Showing up at the best possible moments. She also lets us in on some more between seasons filler which is killing me not knowing. This makes me always look forward to her being there. And of course to keep an eye on her. I may no longer be Lee, or playing directly as her to keep her safe but I’m still mentally Lee. Lee reincarnated let’s say. Or possessed by. I can’t help but feel a little guilty whenever I see how she’s turned out. It makes me want to replay them all and shield her better. I don’t believe that’ll make a difference though as TellTale likes to play with people’s emotions more than a dog likes to chase it’s tail.

Spending Time With Our Loving Brother.

You spend a fair amount of time with dreadful David in this episode. Telltale has managed to achieve this beautiful thing where I want to hate the man. But at the same time part of me wants to trust him. I’m at constant conflict with myself on how to be with him. He seems as if he’s trying to do good but at times his former self will break through and I’ll remember that actually he’s horrible. Part of me wants to stick around and help him out, then the other half wants to run for the hills.

Nearer to the end of the episode he did win me over more when he took part in the attempted overthrow of The New Frontier. But for all I know he’s only doing all this so he can run Richmond on his own. All in all I really don’t know what to make of him.

Although there was a lack of actual interaction with this episode it still delivered on the story and progression. More time was spent sitting idly and watching the story unfold than feeling like I were taking direct control. Even with this I was still leaning toward the screen, shouting at characters and laughing like a madman when I served out some vengeance.

No other game has managed to get as much of a reaction out of me than TellTales’s The Walking Dead. As somebody without a soul that is a difficult thing to do.

Episode 3 definitely has fantastic story telling that makes you look forward to the next episodes. Unfortunately the gameplay and feel of control was put aside for this to happen. Even so this was a great episode of the series and still had me on the edge of my seat screaming as much as the other previous episodes had.

Massive game and movie enthusiast. In any free time I'm always playing something or watching something. I didn't choose the hermit life.
Previous The Nintendo Download has snakes on an eShop
Next Black Hammer Volume One: Secret Origins (Graphic Novel) Review