Ouija: Origin of Evil falls into my favorite sub-genre of horror. I don’t know if this specific genre has a name, but it is best described as follows: An expert in a field of faking paranormal phenomena gets in over their head when the item they decide to play with turns out to be very spooky and very real. 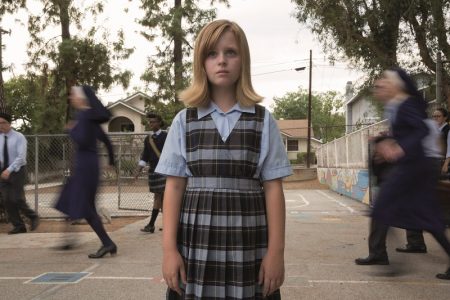 You could probably guess that in this case, the toy the protagonists find is the Ouija board. For the uninitiated, the Ouija board is a board which lets the group of people you’re in talk to the dead. In popular conscious, it has the properties of causing actual haunting and possessions. This is where the movie gets its premise.

Plot and characters leave some to be desired

The plot in Ouija is not one which tries to break new ground. The characters, in this case a single mother and her two daughters (15, 9) run a spectral reading service. Grieving folks come into the residence and the mother uses elaborate parlor tricks to make them believe they truly had contact with their loved ones.

The plot kicks into gear when the 15-year-old, Paulina, sneaks out to attend a drinking party on a school night. The friends play with a Ouija board, and all hell breaks loose. The younger daughter begins to act as the conduit for the unwelcome spirit, and that is that.

The plot and characters are archetypes. They aren’t surprising. Things escalate in seriousness until blood is finally shed. I will mention, however, that a few supporting characters, such as the priest and Paulina’s boyfriend level out the field. The church plotline feels a little shoehorned in, but then again, plot isn’t the selling point in horror films.

Ouija takes place in the mid to late 1960’s. This is likely the strongest piece of the film for me. Everything is on point, from the costume design to the way the characters talk with one another. 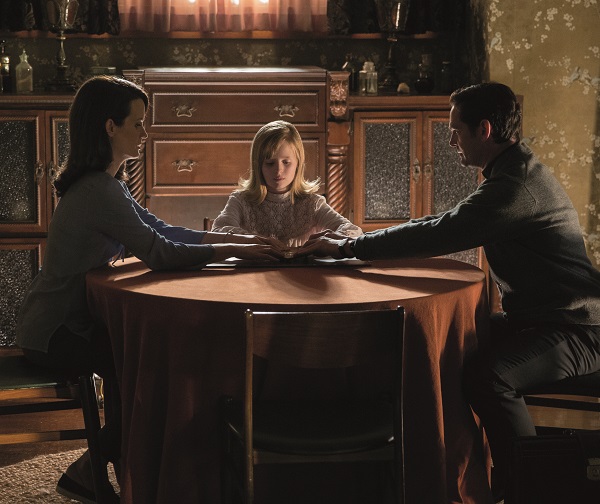 The time period where the story takes place works especially well when you consider that the movie is talking about a board game that is at least from the 1960’s in terms of age. This lends believability to the setting and the idea that the characters might not be  up to date on what the Ouija board is.

I say that set and sound design are the strongest because not one instance throughout the film pulled me out of the experience. Some other genres can get away with that. Horror needs to be immersive though. There, Ouija does what it needs to do and lets you become steeped in the world.

Ouija does a good job in raising hairs. Throughout the movie, I was noticeably uncomfortable a bunch of times. Without delving into the scares and ruining them, that is about as much as I can say.

One thin that the movie does not do well in this area is the monster. The audience gets a full view of the monster about halfway through the movie. This is rough because the mystery is half of the battle. Once the monster was shown, the wind really left the sails for me. 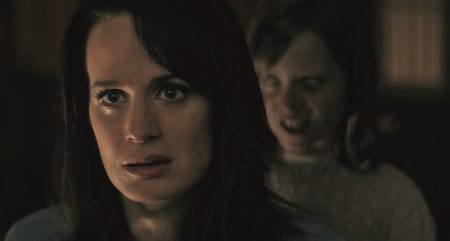 Other than the identifiable monster, I really liked the scares and use of tension. In the end, isn’t that what makes a good horror movie good?

Where it counts, Ouija is a good movie. The worst thing I can say about it is that the plot and characters are genre tent poles. Even then, though, that plot is one of my favorite in the genre. If the chance to watch Ouija arises, give it a shot. It's a fun ride.

Erich was introduced to gaming by his grandfather before he could walk. Since then, he has grown up loving Nintendo and most games in general. He couples his love of videogames with journalism to cover news, provide reviews and tell it how it is in the gaming world.
Previous Toy Fair 17: Loyal Subjects debuts Mega Man and Street Fighter
Next The Unworthy Thor #5 (Comics) Preview