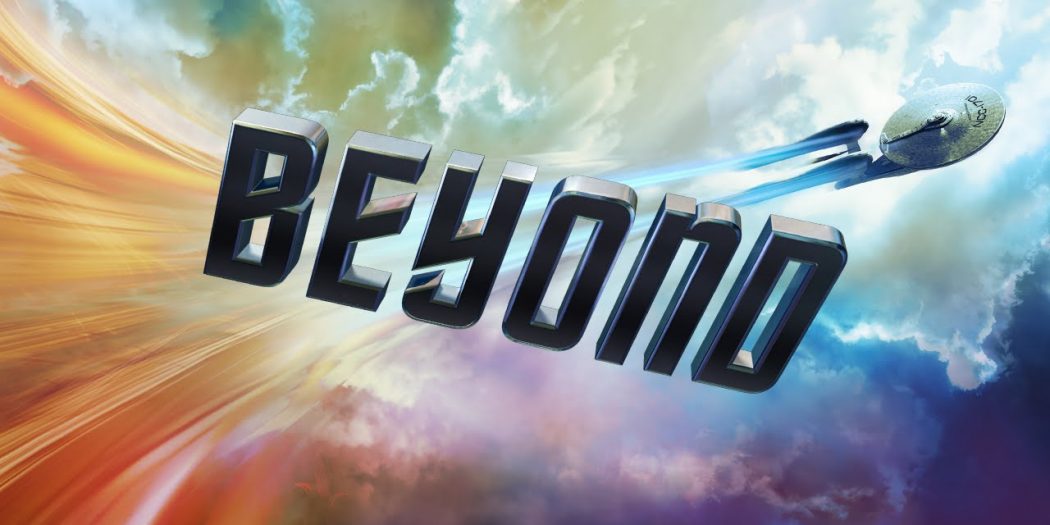 The USS Enterprise crew explores the furthest reaches of uncharted space. This time they encounter a new ruthless enemy who puts them and everything the Federation stands for to the test, in Star Trek Beyond. 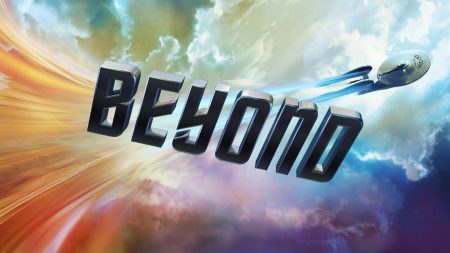 Star Trek Beyond is J.J.Abrams’ third trip into the Federation Universe. This time he brings along friends both old and new to make his latest story a reality. From the returning cast including writer Simon Pegg, to new director Justin Lin (The Fast and the Furious franchise) and new actors Idris Elba (Luther, Jungle Book) and Sophia Boutella. The Federation is ever-expanding.

The story begins much like the episodes of most of the Star Trek stories out there. Deep into uncharted space, part of the way through their 5-year mission, when something out of the ordinary occurs. A distress call is requesting support, where the Enterprise is dispatches for aid. However, the story quickly diverts from typical formulas.

We learn that Captain James T. Kirk is impressing some people in powerful positions, with his sights on climbing the corporate ladder, so to speak. Spock learns of the passing of an old friend, and wishes to follow in their footsteps. Taking place on and near the Starbase Yorktown, a satellite location on the edge of Federation space. The crew docks at Yorktown, able to get a break from being deep in space, able to mingle with people of all kinds. Commander Sulu has a chance to reunite with family.

Shortly after locating the damaged ship in question, our heroes find themselves at the mercy of a new and unidentified threat. This threat is able to do things that most of the Federation enemies have not. Small ships and lightning-quick attacks, led by a hostile named Krall (Elba). The enemy makes quick work of the Enterprise, sending what remains of her down to the surface of the planet Altamid.

The majority of the crew’s survivors are kidnapped by Krall and his soldiers, while Kirk and Scotty befriend an alien on the surface named Jaylah. Jaylah has been stranded here for a while, and has been using her engineering know-how to scavenge and patch things together to keep herself alive. When she takes Scotty back to her home, he learns that she has been living in an early Starfleet vessel.

Krall apparently has an axe to grind with the Federation of Planets. There is a line where the Federation explores space, and this is where space pushes back. There isn’t a clear explanation to this comment, except to say that some people just don’t want to be found. Now that the Federation has found Krall, he plans on punishing the Federation in every way he can.

This would not be a Star Trek picture if the crew didn’t stumble on a way to disrupt Krall’s plans. Add some ‘classical’ music (Though I fear the day that The Beastie Boys will be considered classical) to the mix, and you find yourself with a deep-space tequila recipe: volatile and doesn’t play well with others. Scotty and Jaylah figure out how to bring the party to Krall, and you will have to watch the movie for yourself, to see who does what from there.

Don’t give up hope when things seem impossible. Push through to the other side. – Spock 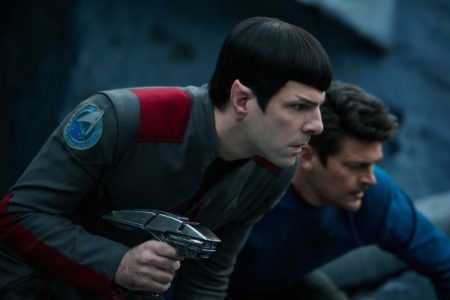 Spock, both of Nimoy and Quinto’s era, has been a source of intelligence and insight that we are not always able to see within ourselves. His mixed heritage of Vulcan and Human causes him difficulty at times, though his Vulcan side allows him to view and assess the struggle in humanity, that we sometimes are unable to catch, ourselves. Who else would be able to witness the level of distruction around him, and still be able to recommend hope?

One classic theme to the Star Trek films is the destruction of the Enterprise. While in some other franchises, the destruction of a flagship may foreshadow a great loss, Star Trek utilizes a different conversion. While the ship itself goes down, the crew typically survives. The ship will be rebuilt, and the mission will continue. Star Trek Beyond is no different. The Enterprise is not able to be utilized much in this story arc, though by the time you reach the credits, you have witnessed the construction of the NCC-1701-A. The Enterprise will remain, as will her crew.

Where No Man Has Gone

This was a sad year for the Star Trek universe.
The passing of the great Leonard Nimoy, as well as the rising star Anton Yelchin.
Both Nimoy and Yelchin recieve tribute in the film extras.

No bonus features section are complete without deleted scenes. We are treated to a few deleted items, as a gateway into some of the richer options provided. Beyond Darkness provides us with some backstory to director Justin Lin, J.J. Abrams and and co-writers Simon Pegg and Doug Jung as they bring Star Trek Beyond to life. Trekking in the Desert will spoil some of the fun of where the team found such beautiful locations to shoot for Starbase Yorktown. New Life, New Civilizations will take you inside the daunting task of having 50 new alien species for the film, celebrating the franchise’s 50th anniversary. And certainly not last or least, check out the tribute to Nimoy and Yelchin, before drying your eye with the reel of gags and bloopers.

Writing: You never know where your enemies are hiding - 80%

The USS Enterprise is always on the front lines, and that is a dangerous place to be. Join Kirk, Spock and the crew as they battle their latest threat - and it's something closer than they realize!

A fan of media on multiple platforms, I am always watching or playing something! Who knows what I will be on to next?
@mackeyp42
Previous Games With Gold January Lineup and Dates
Next Moana (Movie) Review