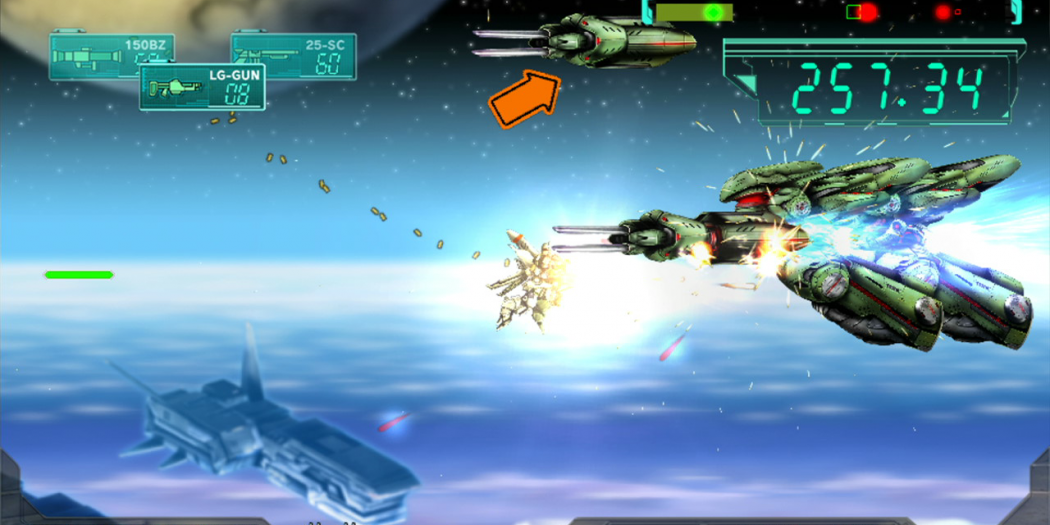 A Genesis classic is back in HD form, as Assault Suit Leynos picks up Target Earth’s mech suit.

I can’t say I’ve ever played Target Earth, but that gameplay reminds me a lot of Metal Warriors. That’s a good thing by the way, as that two-game series is still a favorite of mine. It’s from the same 16bit era as Target Earth too, so there’s another similarity there.

And while the gameplay does look gloriously similar to something that you would’ve been playing back in the SNES/Genesis era, the graphics are anything but retro. Tons of great effects in the trailer alone (LOVE the rain on the ‘camera’) highlight the blasting and jet-packing. Developer Dracue looks to have done a stellar job with it.

Rising Star Games published the title, and is hoping that all this will strike a serious chord with gamers. It just might for both those old enough the remember the original, and of more recent generations. If you’re looking for a game to while away a Summer afternoon, Assault Suit Leynos just might scratch that itch.

“The biggest, best and most thrilling summer blockbusters always feature an alien menace to conquer,” said Lee Skittrell, marketing strategist, Rising Star Games. “Assault Suit Leynos stands confidently alongside the most explosive sci-fi smash hits, with its faithful HD remaster and – via a host of new gameplay features – retooling of, a much-loved classic from the halcyon days of console gaming.”

Assault Suit Leynos is available right now digitally on the PSN for the PS4 in the US (Europe gets it on the 14th). A physical edition is on the way as well, but that’ll hit in September. There’s also a PC edition coming, though there’s no date yet for that one. The game will run you $19.99 USD.

Jason's been knee deep in videogames since he was but a lad. Cutting his teeth on the pixely glory that was the Atari 2600, he's been hack'n'slashing and shoot'em'uping ever since. Mainly an FPS and action guy, Jason enjoys the occasional well crafted title from every genre.
@jason_tas
Previous The Slow Death of Battleborn?
Next Boku no Hero Academia Review