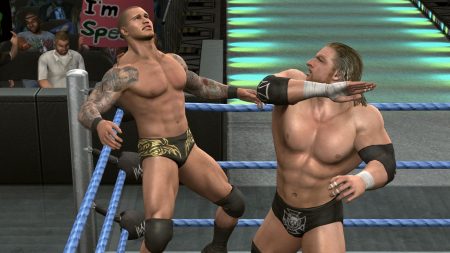 Welcome to Day 4, faithful reader, of another installment of “Top 5 Wrestling Games of all Time” as chosen by our Brutal Gamer staff! Today is going to be an extra special day as today’s Top 5 games are chosen by… ME! That’s right! We’ve reached the point in the week where I get to weigh in on my own personal favorite Top 5 Wrestling Games of all Time!

Before we get into my Top 5 list, I just wanted to rap with you a little bit. I’ve been speaking a lot about the nostalgia of wrestling games and the things that I used to do when I was younger. How I would hang out with my friends and act out fueds together. But, let’s fast forward a little bit. Let’s get into the later era of wrestling games. When Create-A-Wrestler was the new option that blew our minds and let us be as creative as we can. Granted, the first, maybe, 28, characters we created were all horrendous abominations while we got used to flexing our CaW muscles and created some masterpieces. 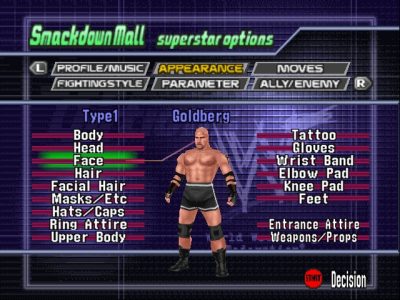 A couple of my friends were part of what is called an E-Federation or E-Fed for short. For those who are unaware of what this is, it is a fantasy wrestling league that is headed up by several people who roleplay in created wrestlers with completely original backstories. Matches are done via text and a winner is chosen by a moderator who feels which “wrestler” posted the best or most accordingly. With this E-Fed, we had character ideas a plenty! We obviously created our own characters and made them face off on the virtual landscape and we had endless hours of fun. Being able to pit this characters against each other was a dream but more importantly was being able to actually see these characters that we had pictured in our minds now doing the moves that we pictured them doing. Outfits that matched our creative vision and entrances that rivaled those on Monday Night RAW (or so we thought.) It was really a joy and thankfully Create a Wrestler is a staple in our wrestling games now that will not be leaving anytime soon.

With that being said… let’s get on to my Top 5 Wrestling Games of all Time! 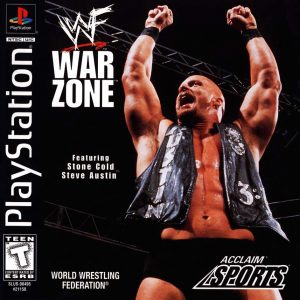 #5. WWF War Zone (PSOne): “WWF War Zone was NOT a pretty game at all. This game is pretty fugly, the controls were damn wonky, but man, did I play the Hell out of it. My buddies and I played this game like crazy but I was had a fantastic advantage with this game. I personally owned the PSOne version but my best friend had the N64 version. While both played the same, the PSOne had one advantage. We had the actual music. When I put my character to come out to the D-Generation X theme, I nearly died. How cool was this?! Thick in the Attitude Era of the WWF, this was such an awesome addition to the game. Never had I had a game where I could actually hear the wrestler themes. N64 though? Stuck with midi versions of the tracks. PSOne for the win!” 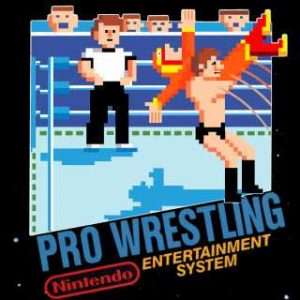 #4. Pro Wrestling (NES): “Now I know what you’re thinking. “Seriously, Robb? Pro Wrestling?” Ya damn straight! This was the first wrestling game that I actually remember playing. Now this is a long time ago, readers. But seriously though, how could you not enjoy a game with wrestlers like Star Man, King Slender, and The Amazon (who was the Creature from the Black Lagoon!) Needless to say, with only two buttons to press, I had a lot of fun with this game in my wee years and appreciate that my love for the genre began here.” 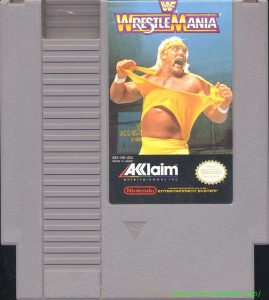 #3. WWF Wrestlemania (NES): “Yup, another classic. I absolutely loved playing this game with my brother as kids. Playing as Andre the Giant, Hulk Hogan or the Honky Tonk Man was just awesome. The game had a side view of the ring and you had to beat your opponent so that they had less Energy then you. Random items would scroll across the top of the ring that would give you more Energy. Depending on your character, you had a specific item that scrolled. Dollar sign for Ted DiBiasi or a guitar for the Honky Tonk Man. This game takes a spot on my list for nostalgia, ease of play and just all around greatness of playing as my childhood heroes.

#2. Virtual Pro Wrestling (N64 – Japan Only): “Yeaaaaa boy! Not a lot of people had access to this game but I thankfully had a resourceful older brother with money to burn and a love for wrestling games. This game required an adapter so you can play the game on your American console. This game was… PHENOMENAL! The roster was incredible. You had wrestlers from WCW, Neo Strong Wrestling (New Japan Pro Wrestling) and Dead or Alive Wrestling (Frontier Martial Arts Wrestling) to name a few. You were able to play as Chris Benoit in his Pegasus Kid attire, you were able to blow green mist into peoples faces as The Great Muta and even do some sick acrobatics as Mil Mascaras. You were able to tinker with the colors of the characters outfits which is something introduced into a wrestling game until WCW/nWo Revenge. We would create full on tournaments with the vast roster of wrestlers we had and played this game endlessly. This game doesn’t get top honors in my book merely because there was no English translations in the game and you had to edit everything manually into English characters so you knew with who you were wrestling. This minor setback keeps it from being my all time favorite… which bring me to… 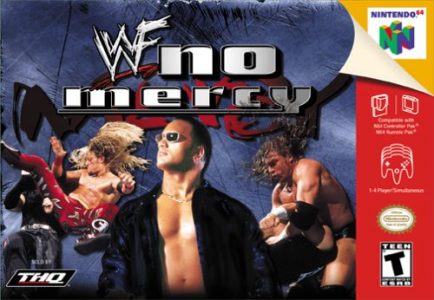 #1. WWF No Mercy: “That’s right! No Mercy. The most complete wrestling game there ever was. Create a Wrestler was phenomenal. You could tweak attire color, move sets and there was a freaking career mode. You were able to create killer entrances! I can’t tell you how many times I used Gangrel’s fiery intro for my character. You had a Smackdown Mall so you could buy more attire, moves… the list just goes on and on. You had hardcore matches in backstage areas with weapons strewn about for you to bash other wrestlers heads. Backstage matches… what?! So awesome. 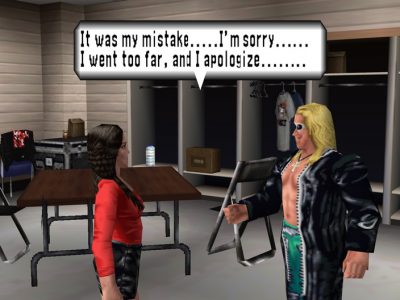 The game was so complete and I spent so much time with it and not just me, but my friends as well. We often talked about characters we created and couldn’t wait to show each other when we went over. Our creativity was being used in so many ways. I could honestly go on forever about No Mercy and would not be able to say enough great things about it. The game was absolutely killer and I am so happy that I was part of the generation that got to play such a well made game. The control scheme was easy and understandable, the CaW was perfection and the career mode made you want to keep coming back and play it by yourself (friends not needed.) This is the game that all future games should have been designed after. Nowadays, it feels as though devs want to try knew things and feel they’ve come up with a new way to enjoy the game when the reality is, No Mercy had it right. It wouldn’t have taken much to replicate that same formula and expand on it. Sadly, no one ever has and No Mercy will live on at the top of many Gamers’ Top 5 list.”

Well, there you have it folks! My Top 5 Wrestling Games of all Time list. I had some classic gems in there and even an N64 game from Japan. Bet you didn’t see that one coming? In any event, you like my list? Want to discuss which are your favorites or maybe let me know why you think I shouldn’t have added any of these to my list? Whatever the case may be, hit the comments section below and I promise I’ll answer!

With that being all over… here’s another classic wrestler from ECW.

I am an avid gamer and have been since a wee cub. I cut my teeth on fighting androids in the year 20XX (Mega Man), stomping on Goomba's (Mario Bros.) and taking a punch to the face (Street Fighter II Turbo). I still play to this day and am a MAJOR adventure gamer. Single player games are my bread and butter; this is where I spend most of my time, though I have been known to pour a ridiculous amount of hours on Destiny. Damn you, Bungie!!! I love all games from pixelated to Unreal Engine smoothness.
Previous Let’s GO, Pokémon GO Plus Price Released!
Next Resident Evil 7 demo: everything uncovered so far