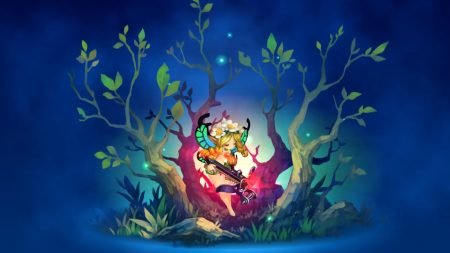 Originally released in 2007 for the PS2, Odin Sphere is a side-scrolling action role-playing game. Think Contra but more aesthetically pleasing, and with characters that actually have depth, and elements of fantasy. It’s an epic rollercoaster of a fantasy ride, one that engrosses its players in a series of stories centered around 5 individuals, hailing from 5 different kingdoms, each plagued with their own personal demons.

At its core, Odin Sphere is a story of finding purpose in life as well determining for oneself the line that separates duty from passion. One of the elements that’s present throughout the game is loyalty to one’s country. Many of the characters face debacles due to a conflict between their heart and their ideals, and without spoiling too much, the ending is definitely one of the best that I have ever seen in a game. That goes for the version from back in 2007, and again in high-definition in 2016.

Beauty in Every Sense of the Word

To begin with, Odin Sphere is a very beautiful, colorful game filled with fantastic art that is beautiful enough to be framed and displayed at home. Each character is made distinct due to their unique characteristics and all are beautifully animated. 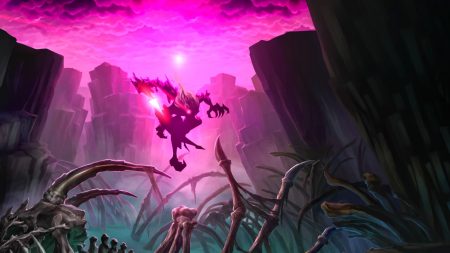 Each and every motion, spell, attack and even their “actions” during their dialogues are all superbly translated into “action” even without saying anything at all. Simply put, even though the characters are mostly sprites, one can almost “feel” what they feel due to the beautiful art that is Odin Sphere.

Leifthrasir is the 2016 high-definition remake however, and it definitely made the game doubly gorgeous and even more colorful than before. As a young man back in 2007, Odin Sphere captivated me precisely because it was a visually beautiful game. Even without dialogue, I would still find Odin Sphere to be beautiful then.

Today, where high-definition games are common, Leifthrasir is a surprise hit because, while the 2007 game aged particularly well, the remake blows even some of the newer RPGs out of the water because it looks and feels like a 2016 game. That fact alone speaks volumes on how well this remake was done because Odin Sphere, while retaining the elements that made it so loveable all those years ago, also manages to capture the heart of the modern gamer simply because it is still beautiful.

Back in the year 2007, the names Hitoshi Sakimoto and Masaharu Iwata were relatively unknown in the west, but today they stand shoulder to shoulder alongside the other behemoths of the Japanese music industry due to their work on many of our most beloved soundtracks. The two were part of a team from Basiscape and they collaborated on Odin Sphere’s soundtrack.

The keywords that they used to compose the music for the beautiful game were “Melancholy” and “Victory” and this is translated really well by Odin Sphere’s critically-acclaimed soundtrack. Sakimoto and Masaharu are known for their work on other big-name RPG games as well, such as Final Fantasy and Valkyria Chronicles, but it was in Odin Sphere where they shined the brightest with their contrasting approach to the game’s score. In other words, the game’s music was almost as beautiful as the game’s art, and the remake further cemented that fact by remastering all of the tracks making them even more wonderful, as if they never even aged at all. 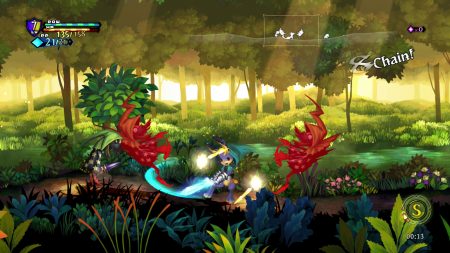 What struck me the most with Odin Sphere’s remastered soundtrack is the fact that it reminded me of the past when I first played through the game, but it anchored me to the present with its beautifully modern feel.

Odin Sphere is a story of five individuals with different reasons for why they fight the war that makes up the game’s story. Some of them do it for duty, others for revenge while some of them are simply swept along in the tides of war.

While that may sound cliché and done to death, Odin Sphere manages to avoid that stereotype by making the characters actually relatable due to their human-like aura, which manages to capture their spirits perfectly. Simply put, Odin Sphere’s characters are extremely well written and the voice acting for them is golden.

Most of the people who worked on Odin Sphere are well known veterans by now (Karen Strassman anyone?), but back in 2007 they weren’t that big of a deal yet. Still, the cast stood out because of their collective skill. 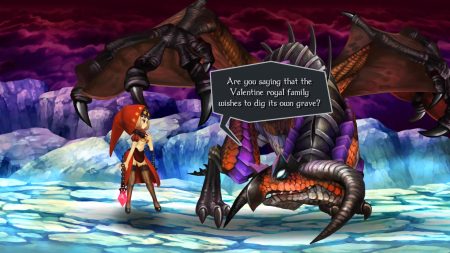 What makes me happy the most about Odin Sphere’s narrative is that the dialogue does not feel at all corny even by today’ standards. These actors managed to skillfully bring their characters to life with their fluid acting and impressive vocal abilities – which only served to make the already impressive story of the game even more-so.

While the characters are plagued with their own inner-demons, their most likeable feature is still the fact that, unlike other protagonists, the cast of Odin Sphere exudes a human-like emotion due to their fear over their uncertain futures. It was a beautiful plot back in 2007 and it’s a beautiful plot today.

The game’s controls haven’t really changed much. They’re still fluid enough to be interesting, but not difficult enough to master so to deter newer Odin Sphere gamers from playing this masterpiece. The tutorial level of the game is sufficient enough to understand the controls, but mastering them takes some time – which the game promises a lot of.

Simply put, Odin Sphere’s controls on the PS4 are fluid, easy to learn and not that difficult to master.

The gameplay is pretty straightforward too, in that you control 1 of 5 people in a hack-and-slash combat with some magic in the mix. What makes it interesting is that each and every attack and reaction is unique to every character. Traversing the story world is done through a narrative by an initially unseen narrator as well, which makes the game more immersive and the story come across much more interesting.

Odin Sphere is a 9 year old game that feels like it was made today due to its immortal story and ever-beautiful artwork. The music is a godsend and it complements the already gorgeous art of the game with its melancholic appeal. Leifthrasir is has just set the gold standard in remaking what people now consider to be “retro” games because it somehow managed to enhance an already timeless game. Odin Sphere is definitely recommended for old players of the game but it is also fresh enough to be interesting to the gamers of today. If you've played through it before, get a copy for yourself for the sake of nostalgia and get another copy to make a new gamer happy. It’s that good. Trust me.

Benj likes video games, neckties and scotch. His favorite games include Resident Evil 2 and Final Fantasy VIII. You may contact him at [email protected]
@ggburroughs
Previous New Pokemon Sun and Moon Trailer Revealed
Next IDW’s Hasbroverse is a go with The Revolution