Home / News / Batman: Arkham Knight on the PC is… not good

Batman: Arkham Knight on the PC is… not good

Note to gamers looking to play Batman: Arkham Knight right now and actually enjoy it- maybe pick it up on a console. 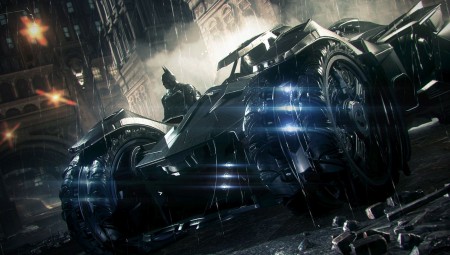 Yeah so, the latest Batman game from Rocksteady and Warner Bros didn’t make a great transition to the PC. Actually, it made a downright bad one, which isn’t something that you probably would have expected from a game of this caliber (that doesn’t require an ‘always on’ net connection).

Nonetheless though, here we are. The game has a bevy of technical issues including low frame rates (as far as PC games are concerned), pop-in for textures, and a limited graphical options assortment, the addition of which was something that was specifically promised for computer gamers.

Apparently, the game was not entirely developed by Rocksteady as goes the PC, and that might be the issue here. Though they did handle the console versions entirely in house, Iron Galaxy (who was responsible for the solid Killer Instinct 2) was contracted and took the baton for the edition in question, and it looks like there might lie the problem.

Though it’s unclear what the problem actually is at this point, and why some features that were said to be included were left out, both Warner Bros (who published the title) and Rocksteady do say that they’re looking into the problems with haste and hope to have a fix out shortly.

So if you do have the PC Batman: Arkham Knight, sit tight, help is (hopefully) on the way.

Jason's been knee deep in videogames since he was but a lad. Cutting his teeth on the pixely glory that was the Atari 2600, he's been hack'n'slashing and shoot'em'uping ever since. Mainly an FPS and action guy, Jason enjoys the occasional well crafted title from every genre.
@jason_tas
Previous Comic Shop Picks: More DC character changes and Secret Wars aplenty!
Next New SteelSeries Stratus pad announced for Windows and Android