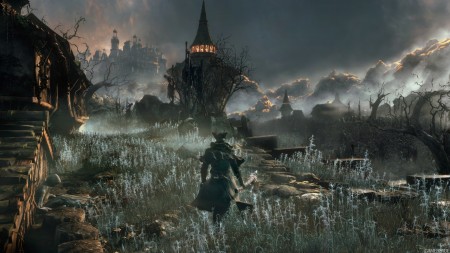 Sony has thankfully found its PlayStation 4 exclusive hit. Superdata reported that Bloodborne has sold 155K digital copies worldwide to date. This data also suggests that Bloodborne might be the most successful game of the Dark Souls series. Within a few days the game hit the 1 million unit mark, according to Sony. In comparison, Dark Souls II has sold 2.5 million units to date, including the recent DLC Scholars of the First Sin. Bloodborne’s insane skill threshold combined with beautiful graphics and intriguing story seal its place as one of the best PlayStation games of the year.

Sony has to be thrilled following the relative lackluster release of The Order: 1886. There were also many concerns about the PS4 line-up after Naughty Dog pushed back the release of Uncharted 4. Many players criticize the current lack of PS4 exclusives, especially when compared to the Xbox One’s release schedule. Sony appears to be taking charge of the situation and hopefully there will be more excellent exclusives in the future.