The newest lineup of free games has been announced for Xbox Live Games With Gold. 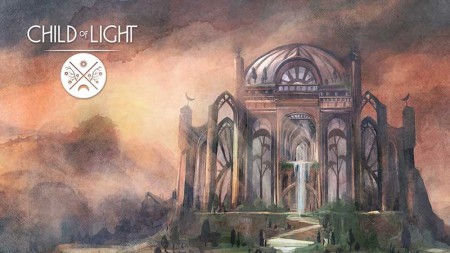 The two games coming to the Xbox One starting April 1, will be Pool Nation FX and Child of Light. Another Ubisoft Montreal game, Child of Light was released last year and scored really well. A 2D platformer with elements of a RPG, Child of Light looks to mesmerize gamers with its beautiful artwork and exciting story.

The other game to come to Xbox One will be Pool Nation FX. From Cherry Pop Games, comes the popular billiards game. Players will be able to take their skills online and compete against other pool players across the globe.

Starting April 1, the following games will be available on the Xbox 360. Games of War: Judgement. The fourth installment in the Gears of War series, this game takes place before E-Day and tells the tale of Baird. The other game available will be the indie title, Terraria. Another popular 2D platformer mixed with a bit of Minecraft, Terraria offers hours and hours of gameplay.

Starting April 16, players can download the following two games on the Xbox 360. From Ubisoft, comes the swashbuckling pirate, Edward Kenway. Players will get to experience sailing through the Caribbean in Assassin’s Creed 4: Black Flag. From EA Games comes the fourth and final title being offered, Army of Two: The Devil’s Cartel.

As a fearful proponent, I agree with out robot overlords on House Bill 10010101 - The Full Extermination of the Human Race. But until then, make sure to check out all my writings on video game stuff.
@@docbrown303
Previous Ironcast is Coming to PlayStation!
Next Tales of the Borderlands Ep 2 ‘Atlas Mugged’ (Xbox One) Review