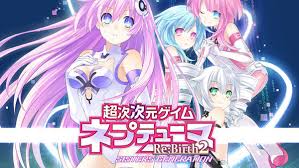 The gameplay is a combination of action RPG and turn-based RPG style. Teams consist of 8 chosen characters with a main battling team of four and the reamining acting as support with the ability to switch out. The game has approximately 20 playable characters leading to a nearly endless combination of teams and strategies. Re;Birth2 is very customizable from your team to weapons to number of enemies in dungeons; there is tons of replayability.

Re;Birth2 doesn’t shy away from poking fun at the gaming industry. The game is filled with industry and fan-based humor that is playful rather than condescending. 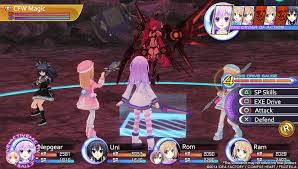 It is a cute, light-hearted game that you can spend hours on. Definitely check it out if you have a P S Vita.