Super Smash Bros tournament to be held at Gamescom

Nintendo is getting the word out big time for latest entry in the Super Smash Bros series. A third tournament is going to be held at Gamescom. 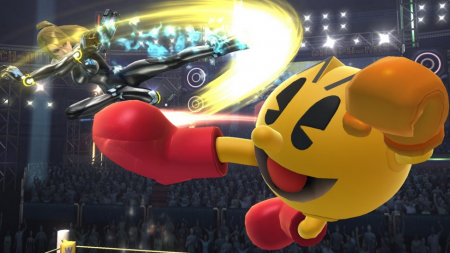 If you’re going to Gamescom, now would be the time to brush up on your Smash skills, as the next big competition is fast on its way. Nintendo is also looking for three new co-hosts to attend this tournament; given that you’re willing to travel all the way to Germany, some of you may want to take this opportunity and volunteer for the positions. No word yet on whether it will be the E3 build used for this, or an updated version.

Well, my name's Christopher Deleanides as you all know and I'm the Nintendo Editor here at BG. I've been playing video games since 1992, and I've been a Nintendo fan the entirety of those years. My love for video games as well as Nintendo hasn't changed, and probably never will. The only thing that comes close is politics, as I'm very deeply involved in both local and international issues.
Previous New Bravely Second screens
Next Bound by Flame (PS4) Review