The third chapter in the Sacred series draws its sword next week. 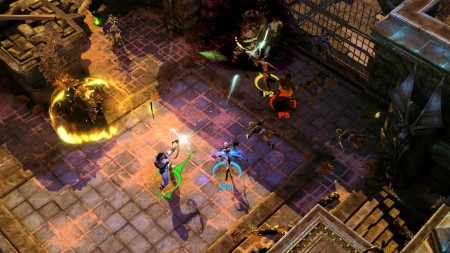 With an eye towards co-op play, Sacred 3 reinvigorates the series and returns it to it’s more traditional roots from the side-scrolling Sacred Citadel. It also supports not only four player online co-op, but 2 player local, which is a great inclusion and still something that’s painfully lacking in most action titles today.

Each class has its own skills, weaponry, and upgrades too and there’s a pretty unique focus on cooperation, with an added helping of personal glory on top. It’s different and tries some interesting things with a standard formula, and for that alone begs some interest. Of course, it doesn’t hurt that it looks pretty darned nice either.

Jason's been knee deep in videogames since he was but a lad. Cutting his teeth on the pixely glory that was the Atari 2600, he's been hack'n'slashing and shoot'em'uping ever since. Mainly an FPS and action guy, Jason enjoys the occasional well crafted title from every genre.
@jason_tas
Previous GOG.com’s games from France sale runs through this Sunday
Next Risen 3 goes back to where it all began