Beat Atlus and Vanillaware’s Dragon’s Crown yet? Well get ready, because the developer has just updated the game with a bunch of new stuff including thousands upon thousands of new levels. No, that’s not a misprint. 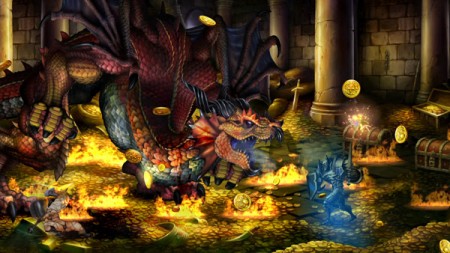 Yes, the level cap is being boosted from 99 to 255 and there’s an all-new difficulty level (Inferno) ready to smack you and your mage around, but that’s not the most incredible new addition to the gorgeous beat’em up/RPG. No, that would most definitely be the Tower of Mages.

The Tower of Mages is a new area for the game and plays into the new level cap in that you’ll not have to just play the ‘same levels over and over’ to level up your fighters. The Tower has an almost infinite amount of stages to it with Atlus promising that there are “tens of thousands” of new stages to play through. Think you’ll ever run out of stuff to do now? Not too likely.

Here’s the full list of what’s new in the fifth and final patch for Dragon’s Crown:

The patch is available right now and can be downloaded for your PS Vita or PS3 version of the game. Oh, and remember that DC is cross-play capable now; so if you have one version of it…

Jason's been knee deep in videogames since he was but a lad. Cutting his teeth on the pixely glory that was the Atari 2600, he's been hack'n'slashing and shoot'em'uping ever since. Mainly an FPS and action guy, Jason enjoys the occasional well crafted title from every genre.
@jason_tas
Previous Operation Supply Drop comes up big for troops over Christmas
Next EA releases a new Titanfall trailer