UK Retailers Offering Forza 5 With Xbox One Day One Edition

Some UK retailers are offering an alternative if FIFA isn’t your thing. 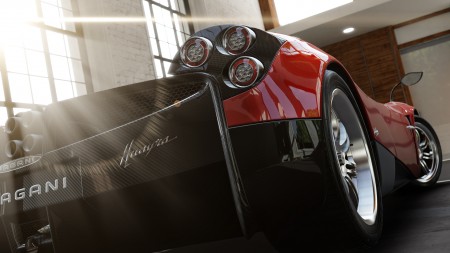 If you want a Day One edition of the Xbox One, but the offer of FIFA ’13 with the box doesn’t appeal to you, then some UK retailers are giving you an option by offering the choice of getting Forza Motorsport 5 with your new console instead.

The Forza 5 option is available through Amazon UK, ShopTo and GAME, and more Day One editions of the console have been made available to retailers.  If you’re not interested in FIFA or Forza, then it seems you’re stuck for now.

The Xbox One will be released in thirteen different regions, including the US and the UK, on November 22nd.

Tags day one forza 5 Xbox One

Mike is Brutal Gamer's Indie Editor. He has been playing video games since the early 90s and is fond of racing games, puzzlers and MMOs. Typing /played while in WoW makes him cry, but not enough to stop him playing some more.
@Ognawk
Previous Must Read Valiant kicks off in Shadowman #13
Next Stella Deus: The Gate of Eternity now open on PSN