Spelunky is a deceivingly cutesy platformer which is more than happy to give you a swift kick in the bollocks. Don’t let its presentation fool you – this is a satisfying challenge which will keep you coming back for more. 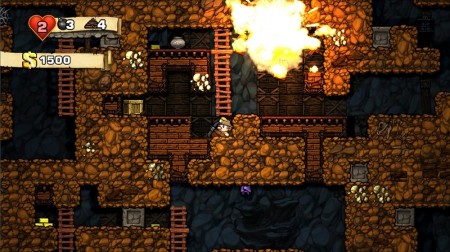 After its original release for PC in 2008 and HD re-release for XBLA in 2012, Spelunky has finally hit PC again in its fully updated glory. This HD edition could almost be mistaken for a sequel – it’s packed full of brand new content, gorgeous new graphics and more. Playable with keyboard or gamepad (I found this to be the best option), players will find brand-new enemies, areas, items, playable characters, online leaderboards and more. It’s certainly an impressive upgrade from the original, and quite possibly the ultimate way to play.

The premise is simple: you’re a brave explorer who ends up trapped in an ancient cave system. Finding a journal left by the last poor soul to meet the same fate, you’ll soon discover that your only option is to head deeper and deeper into the labyrinth. In an industry where checkpoints, GPS markers and regenerating health are the status quo, it’s a pleasant surprise to find a game which requires planning, patience and the ability to put up with regular and spontaneous failure.  All sorts of horrid beasties and traps await you, and only careful progress and planning will get you to the end. Don’t expect to finish this game on a single blind run, though – you will die. You’ll die a LOT. Death will throw you back to the beginning without the items and treasure you found along the way, so it’s back to the drawing board each time.

There are four main sections to Spelunky – mines, jungle, ice caves and an ancient temple. Every floor is randomly generated, each one somewhat familiar but never quite the same. Because of this, you’ll never know exactly what to expect on each run. Patience is a virtue, and it’s a virtue this game viciously demands. Though there are wailing damsels to rescue and idols to retrieve, taking too long will summon a ghost whose touch brings instant death. Rushing ahead without taking the time to figure out what’s coming next can and will get you killed promptly too, so finding a balance between greed and speed is essential. 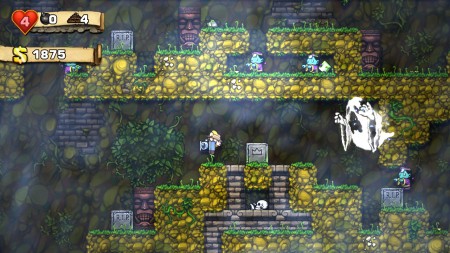 You’ll start out with only a handful of bombs and ropes, and although more of these supplies can be found in various pots strewn across the levels, each encounter will require careful planning. Do I waste my last rope to reach those gems above me? Should I use a bomb, or a rock to trigger this arrow trap? These aren’t the only items you’ll need to progress, however.  Each section has its own shopkeeper, who will have a selection of special items to purchase with your bravely earned dosh.

It’s a game simple in premise, and the simplicity carries over into the visuals and soundtrack, too. Colorful and charming, it looks fantastic at 1080p. It’s cartoony and generally cheery, which goes surprisingly well with the death and despair your character meets with. It’s a joy to look at, and should run on just about any system despite how pretty it is. The music is a catchy retro-electronic score that matches both the mystery and action of the game rather well.

Players looking for a helping hand or maybe just some multiplayer mayhem can bring three friends into the quest for freedom and treasure with the game’s co-op Adventure mode, or duke it out in Deathmatch. While these modes have great potential for laughs and punched arms, you might find that Spelunky is at its best when played solo. The satisfaction of single-handedly conquering each stage is an experience not quite the same as being knocked into a spike pit by your mate(s). These modes, along with the solo adventure, will offer players plenty of reason to keep coming back.

Legends foretold of a hairy-footed halfling named Kyle, who would go on a perilous quest to drive an ancient evil from the world – instead, he bought a computer and learned how to throw his opinions at the internet. He now resides in New Zealand, where he slowly wears his eyes out on far too many video games.
Previous Sega’s Castle of Illusion remake now available
Next Rayman Legends (Xbox 360) Review 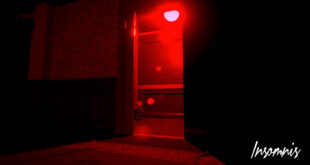 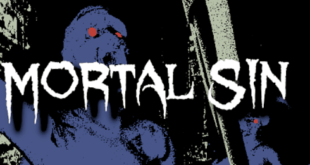