Largely forgotten in the storm that erupted over the Xbox One’s somewhat mysterious used game policy, it looks like Sony might actually be following suit with the PS4. 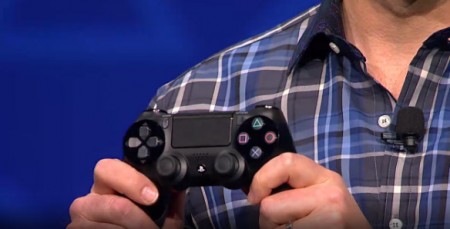 In a report published today, industry site MCV brings some very interesting items to the fore that’ve been glossed over till recently. Though Sony said in no uncertain terms that used games would be playable on the upcoming PS4, they actually added quite a bit onto that statement at later dates that lead to some somewhat inescapable conclusions. Those being, that the next generation on the whole might actually be a lot tougher on used games than previously thought.

Shortly after stating that the PS4 would play used titles, Sony added that blocking such games would actually be a ‘publisher decision’ and that the company is “mindful of what game developers want”. What does that sound like to you? True, there’s been no word yet on the subject that could be called ‘definitive’ in any way, but it’s sounding more and more likely that the PS4 will offer the same policies (or very similar at the least) towards used games as Microsoft’s Xbox One.

Author Ben Parfitt also goes on to point out that Sony’s (current) official line on the subject is almost identical to that of Microsoft- they’ve stated that nothing further will be discussed on the subject of pre-owned games till their presentation at E3. Whether that’ll change at all in the face of some recent fan activity on social media that’s questioning what the company’s policy will be or not remains to be seen, but personally, I wouldn’t bet on it.

So will the retail gaming landscape change in the blink of an eye? We’ll find out in a few weeks.

Jason's been knee deep in videogames since he was but a lad. Cutting his teeth on the pixely glory that was the Atari 2600, he's been hack'n'slashing and shoot'em'uping ever since. Mainly an FPS and action guy, Jason enjoys the occasional well crafted title from every genre.
@jason_tas
Previous Crusader Kings II unleashes the Vikings in The Old Gods
Next Rayman Legends getting portable on the PS Vita