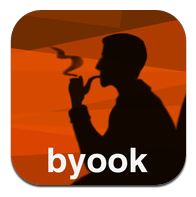 Mobile devices, especially the iPhone and iPad, have a lot of uses, both for pleasure and for productivity. There are a tremendous amount of apps for business, education, and fun. When it comes to reading on an iPad, my kids, by far, have has the most fun. Interactive stories take on a whole new life of their own, far exceeding the pop-up books of my generation. When it comes to reading for adults it’s pretty standard fare. You have several choices of eBook apps, like Barnes and Noble’s Nook and Amazon’s Kindle apps, but it’s essentially identical to the paperback form, only in a digital format with a backlight. So when I was asked to take a look at a Sherlock Holmes application, which supposedly gave life to its tale, I was immediately interested!

“The Adventure of the Speckled Band” is actually the official title of the story (or case) behind this particular Sherlock Holmes app. It’s developed by a company called Byook, a French company funded by associates from both the video game industry and digital entertainment. You can imagine that a book application developed by a company with these types of background is going to offer something different and unique.

The book, which looks like it was written on a yellowed, spiralbound notebook, springs to life in a combination of illustration and animation. For example, a scene from the book with be displayed on the page, complete with hand-drawn figures and objects, filling the scene, as if they were cut from the very pages of the notebook. More often, the margins of the page are filled with illustrations and animations that pertain to the part of theme of the page you’re currenlty reading. This goes on for 133 pages, which is pretty amazing, considering each page feels relatively fresh and unique. There are some reused animations, but the work that obvioulsy went into this app is pretty considerable!

Because it’s only 133 pages — and not every page consists of a full-page of text — it goes by quickly. It can be easily read in an afternoon. While the experience was quick, I enjoyed every minute of it. The animation made the tale that much more interesting to follow through to the end. 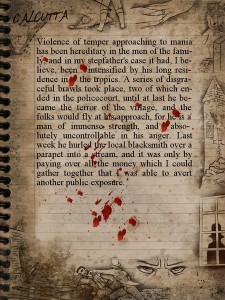 There are two version of his application, one tailored to the small screen of an iPhone or iPod touch, and an HD version with the iPad in mind. The standard iPhone version will run you $1.99, while the HD iPad only version is just a dollar more at $2.99.

If you the Sherlock Holmes HD app was priced any higher, I might be more relucant to recommend it, but for the neat experience and to support the developer, I definitely recommend everybody to check it out!

Why is it that the kids get all of the cool storybook applications? If you look really closely, there are several apps for the more adult reader in mind that offer some really cool reading experiences. They’re developed by a company named Byook, and I had the privilege of reviewing the HD version of their Sherlock Holmes tale.

Animations and margins of the book come to life as you flip through the 133 pages of the story. It’s an interesting way to read a story, and works perfectly with a short tale like Sir Arthur Conan Doyle’s Sherlock Holmes tale, “The Adventure of the Speckled Band.” Definitely check it out!

Troy is the Features Editor at Brutal Gamer. When he's not writing about or playing video games, he's enjoying life with his wife and children. He also loves coffee. And lots of it.
Previous X-Men mainstay revealed for Deadpool game
Next This week, DST’s offerings are Expendable 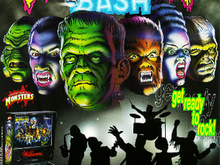 The iconic Rubik’s cube is reborn as Rubik’s Revolution. This time, the classic cube works …