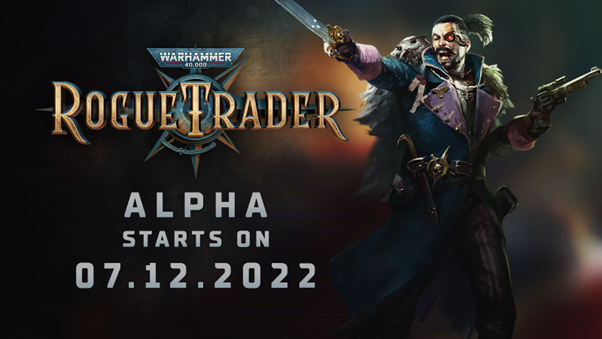 One of the most interesting Warhammer titles to come along, developer Owlcat’s cRPG Rogue Trader has headed into a closed alpha phase.

When you talk about Warhammer 40K video games, you usually are talking about a FPS, third-person shooter, or some kind of real-time strategy title. But not so with Owlcat Games’ Rogue Trader.

The development house is reportedly working closely with Games Workshop on the game, and is looking to launch some time in 2023. That will happen for consoles and the PC both, though today’s news is strictly for the computational set.

That’s because the game has entered into alpha phase. This first test of the title will eventually morph into the beta, before going final, though it is a closed release. And that means that not just anyone can get onboard. Kind of.

While you can’t just ‘sign up’ for the test, you can get in on the acton via a pre-order. According to Owlcat, “anyone who pre-purchases the Developer’s Digital Pack or Collector’s Edition will still be able to try the game early starting from today”. Just one caveat there though, as though you can play it, your progress won’t be saved for the eventual retail launch. So, yeah, you’ll have to start over, though that might not be a negative, since this is a pretty early look at Rogue Trader’s world.

If you’re interested, pre-orders are now open, and fans can also wishlist the game via Steam and GOG.

Jason's been knee deep in videogames since he was but a lad. Cutting his teeth on the pixely glory that was the Atari 2600, he's been hack'n'slashing and shoot'em'uping ever since. Mainly an FPS and action guy, Jason enjoys the occasional well crafted title from every genre.
@jason_tas
Previous Trailer: Bringing 3D platforming action to all ages, Kukoos: Lost Pets is out now
Next Destiny 2 updates include The Season of the Seraph, a collab with Ubisoft, The Dawning, and more