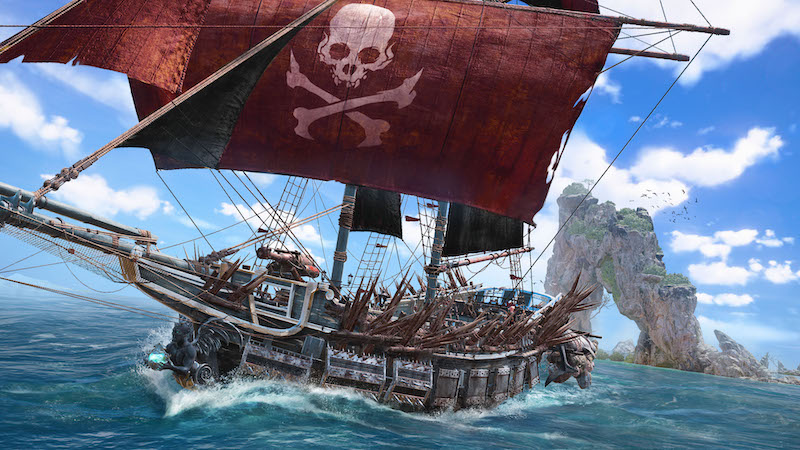 Skull and Bones gets 2 new trailers, detailing its world and ship customization

Though it’s not far off, there’s still a good deal of mystery as to this fall’s Skull and Bones. Now you can check a few of those queries off your list.

A world of cutthroats

There’s no real way to sugar coat the era of piracy. Yes some fiction has tried to make it seem like a cartoon, but that couldn’t be further from the truth. The time of pirates was as dangerous an era as almost any other in history.

And from the looks of things, you’ll find a good deal of that reality in Skull and Bones. Kind of a spiritual successor to Assassin’s Creed: Black Flag (with no apparent direct relation), Ubisoft’s newest title will serve up a life at sea, with all the trappings thereof.

At this weekend’s Ubisoft Forward event, the publisher went deep on a few things that hadn’t really been explored. Those included the actual world that you’ll be playing in, as well as the ship that you’ll be captaining.

In its World Context trailer, Skull and Bones revealed the truth behind the second Golden Age of Piracy: The Indian Ocean torn between power, riches, and blood, at the mercy of powerful corporations. These fierce fleets traded and exported valuable exotic goods to the West, and in the violent race to control rare resources, pirates showed no mercy. The world of Skull and Bones gives players the opportunity to become one of these legendary Kingpins by sailing dangerous waters, creating secret deals, and building a pirate empire.

The Ship as a Fortress trailer unveiled ship personalization as a key to outsmarting rivals. A great pirate should look the part to be feared, but also tactically weaponize their ship to sink enemies. Players must master their ship to prevail in dangerous storms and survive. In the seas of Skull and Bones, one is always on the edge of losing it all.

Go a little deeper into the Indian Ocean

In addition to the above, Ubisoft delivered a deeper look at the world that Skull and Bones will inhabit. Check out a behind the scenes look at the World Context Trailer, with the dev team.

Skull and Bones will land for the Xbox and PlayStation, as well as the PC, on November 8th.

Jason's been knee deep in videogames since he was but a lad. Cutting his teeth on the pixely glory that was the Atari 2600, he's been hack'n'slashing and shoot'em'uping ever since. Mainly an FPS and action guy, Jason enjoys the occasional well crafted title from every genre.
@jason_tas
Previous Trailer: Second major update arrives for 3D Realms’ Graven
Next Nintendo set to discuss this winter’s games at Direct tomorrow