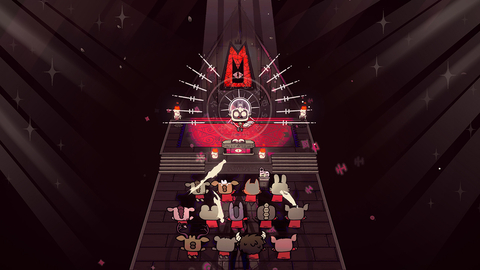 Home / News / Nintendo Download: Put the “You” in University

Lots of smaller releases are set to hit Switch this week, including the long-awaited Cult of the Lamb, Two Point Campus, and a bunch more.

Now, if you’re looking for some big time name, or potential blockbuster, you might be disappointed by this week’s Nintendo Download. That’s because there are flat-out none.

What there are though, are a whole bunch of nice looking smaller releases. And that incudes a few that have been pretty long-awaited. Two Point Campus, Cult of the Lamb, and even Arcade Paradise have all been titles looked forward to for some time.

Cult is probably the biggest game landing on Nintendo’s console. If you’re not familiar, it’s a way-out action title that’s both cute and creepy. Not an easy line to walk.

Of course, there are a bunch more games arriving as well, so scroll on down and check ’em out.

* Gold Points are awarded based on the amount you pay (excluding tax and any points or discounts used) and have no cash value. A Nintendo Account is required to receive and redeem My Nintendo points. Terms apply. https://accounts.nintendo.com/term_point. Offer valid through Sept. 30 at 11:59 p.m. PT when you purchase or redeem a download code for the digital version of the Splatoon 3 game in Nintendo eShop or Nintendo.com. For more information about Gold Points, be sure to check out https://my.nintendo.com/about_gold_point.

Jason's been knee deep in videogames since he was but a lad. Cutting his teeth on the pixely glory that was the Atari 2600, he's been hack'n'slashing and shoot'em'uping ever since. Mainly an FPS and action guy, Jason enjoys the occasional well crafted title from every genre.
@jason_tas
Previous Video: Supernatural horrors (and also some actors) await in The Chant
Next The first of McFarlane’s WH40K Darktide figures is ready for pre-order