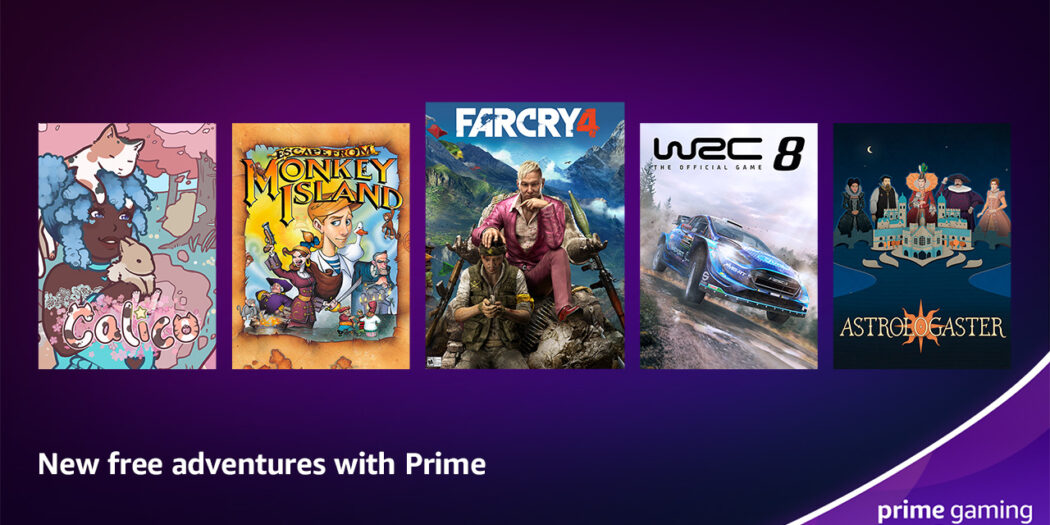 It’s seeing up to be another big month for Prime Gaming subscribers, as the PC gaming service delivers big name freebies, as well as streaming titles.

Yes, it’s a Far Cry kinda month that’s coming up for Prime Gaming subscribers. I’m referring to Far Cry 4 in particular, which is available both as a free downloadable game, and an Amazon Luna streaming title. So if you’ve never played it, now is certainly your time.

Of course the action doesn’t stop there though. Another month brings another Monkey Island adventure to Amazon’s service. This time it’s Escape from Monkey Island, which I believe was pretty well received. Honestly though, they’re all classics, so you can’t really go wrong if you’re into point-and-click adventures.

Past those two, there’s also WRC 8, and a nice assortment of Luna titles. Those are available for subscribers to stream as much as they like for the month, and they also include FC4, along with Lumines Remastered, Moving Out, Bloodrayne 2, and more.

Want more? Well you’re in luck, because this June also brings a bunch of downloadable add-ons for games like “Apex Legends, Fall Guys, PUBG: Battlegrounds, Roblox and more.” Oh, and did I mention exclusive content for Pokemon GO? Well, it’s here too.

Scroll down for the complete list of what you’ll be able to get for your PC in a little under a week.

Prime Gaming announced that they have teamed up with Niantic, the world’s leading augmented reality company, to bring Amazon Prime members even more in-game content for the free-to-start hit mobile game, Pokémon GO. With the recent May Community Day and Pokémon GO Fest 2022 just around the corner, these items are sure to be useful!

Amazon Prime members can look forward to even more great content throughout the month of June, including new in-game loot and content drops for Call of Duty, FIFA 22, Overwatch, Fall Guys and more! Be sure to check out the full lineup at gaming.amazon.com.NOW AVAILABLE Apex Legends – Newcastle Stone Skies Bundle

Jason's been knee deep in videogames since he was but a lad. Cutting his teeth on the pixely glory that was the Atari 2600, he's been hack'n'slashing and shoot'em'uping ever since. Mainly an FPS and action guy, Jason enjoys the occasional well crafted title from every genre.
@jason_tas
Previous Video: Activision debuts gigantic Modern Warfare II art
Next Trailer: After an over two decade break, Kao the Kangaroo returns