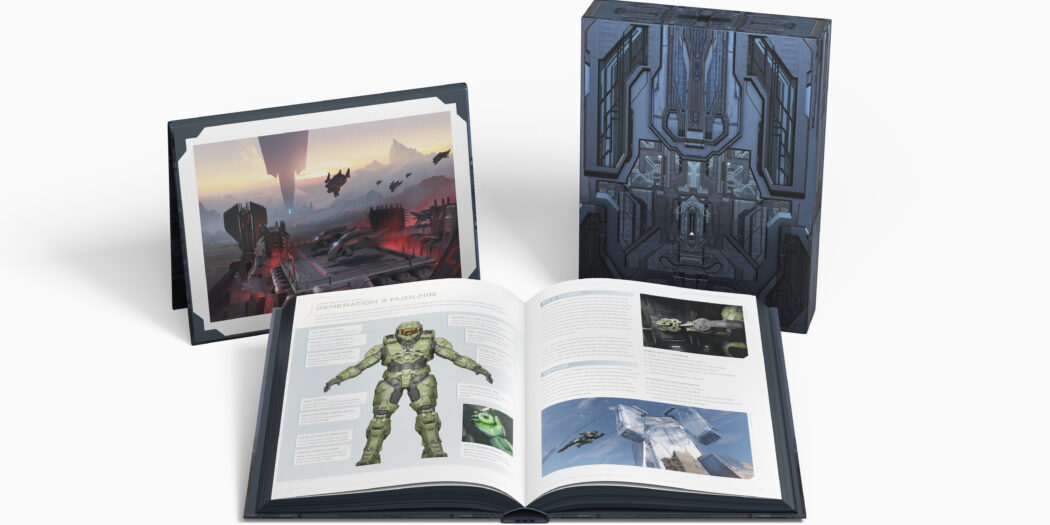 One of the deepest modern sci-fi universes is getting an in-depth exploration in The Halo Encyclopedia. Check out the deluxe edition.

It’s a good time for Halo fans. The Xbox’ epic is hotter than it’s been in a long time, with an expansive toy line from Jazwares, and the brand new Halo Infinite game, which has brought the series roaring back with a vengeance.

The resurgence will continue into 2022 as well, as Dark Horse has released news of The Halo Encyclopedia. From Dark Horse Books and the game’s developer 343 Industries, the new book will go deep into the lore of Halo’s future.

While the base edition sounds like it’ll be packed full of cool stuff, the Deluxe Edition will boast some impressive upgrades.

The universe of Halo is remarkably vast in scale and astonishingly elaborate in detail, telling rich stories filled with bold characters, breathtaking worlds, and thrilling conflicts. In celebration of the 20th anniversary of Halo, Dark Horse and 343 Industries have teamed up to deliver the most definitive guide to the universe thus far.

The Halo Encyclopedia­ Deluxe Edition answers some of the Halo universe’s greatest mysteries, making it only natural that it be encased within a Forerunner cylix—an enigmatic device built to hold many of their civilization’s safeguarded secrets! The Deluxe Edition also comes with an exclusive cover and lithograph.

Presented in hardcover format, The Halo Encyclopedia Deluxe Edition will land on store shelves this March the 30th. Want to secure a copy for yourself now? It’s pre-orderable from Amazon, Barnes & Noble, and at your local comic shop and bookstore.

Jason's been knee deep in videogames since he was but a lad. Cutting his teeth on the pixely glory that was the Atari 2600, he's been hack'n'slashing and shoot'em'uping ever since. Mainly an FPS and action guy, Jason enjoys the occasional well crafted title from every genre.
@jason_tas
Previous Atelier Ayesha: The Alchemist of Dusk DX (Switch) Snapshot Review
Next Trailer: Hot Wheels Unleashed blasts through 1 million copies sold