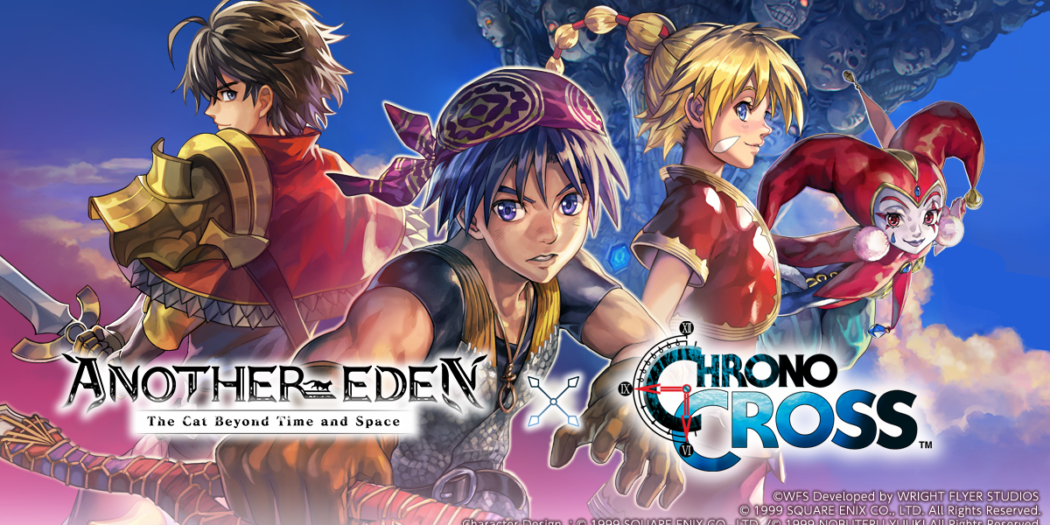 Home / Android / Trailer: Another Eden crosses over with Chrono Cross with in-game event

We don’t normally over much in terms of mobile gaming, but the resurrection of Square Enix’ legendary Chrono Cross is worth it.

Masato Kato, the visionary storyteller behind both Chrono Cross and Another Eden, returns to write the next chapter for beloved characters like Serge, Kid, and Harle, who join the playable cast of Another Eden as new party members, voiced for the first time in Chrono series history.

Another Eden: The Cat Beyond Time and Space is out now on both iOS and Android, as well as Steam for the PC. The Chrono-Crossover kicks off this week, on December 9th.

Jason's been knee deep in videogames since he was but a lad. Cutting his teeth on the pixely glory that was the Atari 2600, he's been hack'n'slashing and shoot'em'uping ever since. Mainly an FPS and action guy, Jason enjoys the occasional well crafted title from every genre.
@jason_tas
Previous Trailer: This is the President running the Oval Office on PC today
Next Coming up: The Games of December 2021