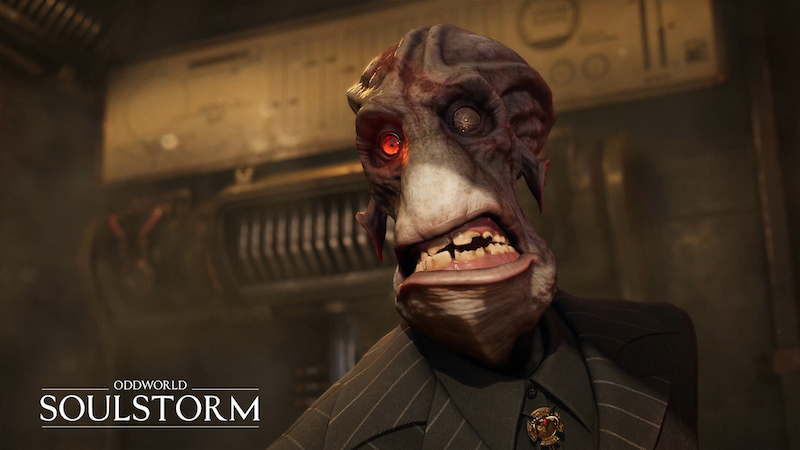 The Soulstorm will soon be upon us again. The Enhanced Edition of Oddworld: Soulstorm is scheduled to arrive at the end of the month.

Yes, Oddworld: Soulstorm is still a pretty new game. But here’s the thing, that original release had some issues. And Oddworld Inhabitants being the company that it is, had to see to that. That’s the origin, in a nutshell, of Oddworld: Soulstorm Enhanced Edition.

The new edition of the game will include a bunch of new additions too, aside from the set of ‘fixes’ though. And it’s actually pretty beefy stuff that you’ll be able to access after beating the main game.

But what if you have Soulstorm already? Well then it’s even better news, because you get the Enhanced Edition for free. And if you beat it already (on the PS4/5 or PC), you’ll presumably be able to dive right into that new content.

As for Xbox gamers, the title is up for pre-order now in both standard and Collector’s forms. All of it arrives at retail on November 30th.

Jason's been knee deep in videogames since he was but a lad. Cutting his teeth on the pixely glory that was the Atari 2600, he's been hack'n'slashing and shoot'em'uping ever since. Mainly an FPS and action guy, Jason enjoys the occasional well crafted title from every genre.
@jason_tas
Previous Warhammer 40K: Battlesector brings tuna-based, “battle-scale” strategy to consoles on December 2nd
Next Hot Toys announces Spider-Man: No Way Home ‘Integrated Suit’ figure