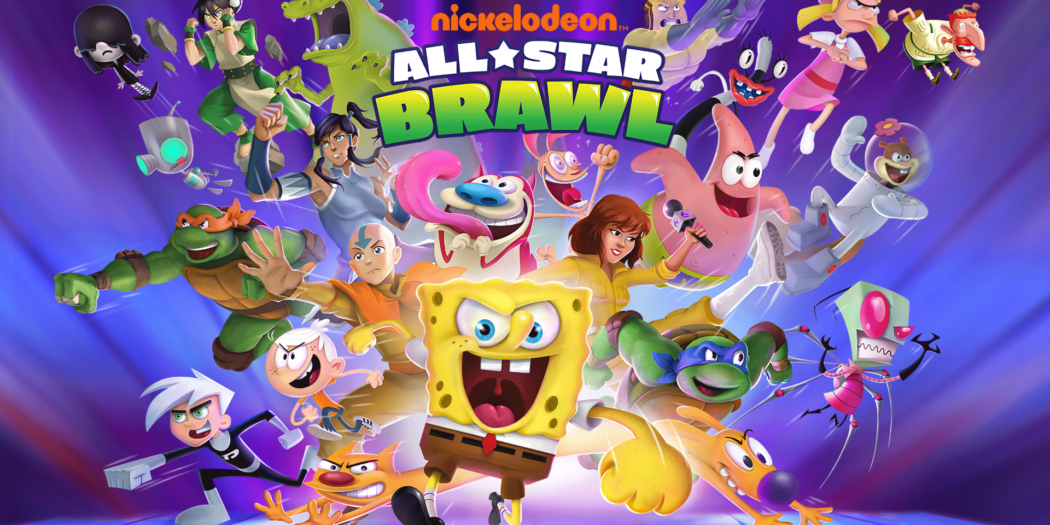 I admit that when the first trailers for Nickelodeon All-Stars Brawl released, I was pretty excited to see the platform-fighter get applied to Nickelodeon properties.

Now, several months following that announcement and a few weeks after release, I feel confident saying that if Nickelodeon All-Stars Brawl (NASB) is going to stick around, it needs a few tweaks.

Like other platform fighters that came before, NASB takes 20 characters from various Nickelodeon properties ranging from classic to modern and puts them in various Nick-themed stages.

There isn’t anything groundbreaking here. Each character has an arcade mode and up to four players can fight at any one time. There are a few omissions from the standard formula that make the game feel a little less welcoming to casual players than something like Smash Ultimate.

For one, there is a distinct lack of items. As a Smash veteran, I typically turn them off anyway, but the lack of items from the get go feels like a glaring omission. There are plenty of things that could work as weapons from the various Nick properties. It would have been especially cool to use Rocko’s jackhammer, functioning like the hammer in Smash does.

Talking about Rocko, there are several shows I feel are missing representation. Rocko, for instance, is totally absent. The real characters from The Rugrats are also absent, while Reptar shows up to fight Nigel Thornberry.

Fighting on the Edge

At first, I felt the fighting in NASB was way too stiff for its own good. The characters felt like they were made out of plywood at first.

As I got more used to the controls and how different characters interact and deal with each other, the animations began to feel more natural. As I did get more comfortable, it was easier to chain attacks together than it was in the beginning of my time with the game.

I don’t know that it is worth going into every single nuance of the gameplay except to say that the game eventually plays how you would like and expect it to. It works as a platform fighter, even if it feels a little janky at times.

There are still certain things I don’t enjoy. For instance, the online, when I put time into it, felt incredibly laggy and difficult to play. There is a lot of talk on the internet surrounding rollback and how important it is, but I don’t know that the netcode for NASB is better than anything else I’ve played on the Switch, and this is with a wired internet connection.

The real downfall of NASB is something I have heard people complain about since release, so my critique here is certainly not novel. The game looks nice enough. I especially like the background work on the stages, which themselves look nice as well.

My biggest problem with NASB’s presentation though, sits on the audio side of things. Characters do not have any voice lines, and the results are eerie fights that lack personality. Even small lines for when the character is selected would go a long way here.

The music is also not great. Where the absence of voice lines is disheartening, certain stages have what feels like a 15 second loop of audio. This drove me mad on the Catdog stage and really pulled me out of the game.

Finally, the animation doesn’t quite work for me. Certain characters, like Zim, feel to me like they are made of soft paper. This could certainly change as time moves on and I get to play more, but the animations felt as though they lacked a certain weight for some characters.

Competent, but with room to grow

It sounds like I didn’t like much here. That was the case after three games, but by 10, 20 and beyond, the tight mechanics began growing on me.

The lack of polished presentation and grating music makes it hard to pick this up when I am playing with anyone other than myself. For multiplayer fun, I am still going to Smash. That isn’t an indictment, though. Ludosity and Fair Play Labs have already shown that they are listening to fans and have confirmed that DLC characters and stages are on the way. That alone generates a tremendous amount of good will, and even if NASB isn’t my exact cup of tea, I’m excited to see where the devs go next.

A copy of Nickelodeon All-Stars Brawl was provided by GameMill Entertainment for the purposes of this review.

Nickelodeon All Stars Brawl looks to ape the success of Super Smash Bros as a platform fighting game. That partially works, and partially doesn't, as there are some puzzling omissions. No vocals for characters, and a looping soundtrack that just might drive you mad at times don't add to the experience. While the fighting does take some getting used to though, it's eventually pretty fun, and there are also planned DLC packs coming thanks to fan-feedback. Basically, it's not perfect, but if you're a big Nick fan it might hit the spot.

Erich was introduced to gaming by his grandfather before he could walk. Since then, he has grown up loving Nintendo and most games in general. He couples his love of videogames with journalism to cover news, provide reviews and tell it how it is in the gaming world.
Previous Warner Bros’ remaster of Superman: The Animated Series hits retail tomorrow
Next Sideshow gives a detailed-look at The Battle of NY’s Captain America