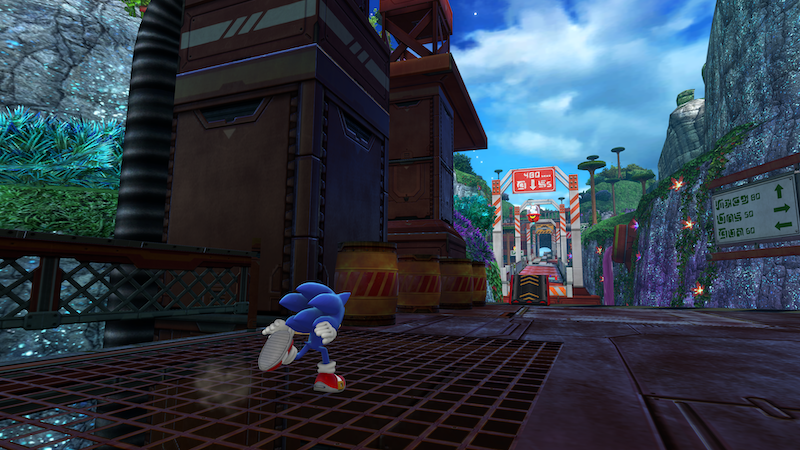 Shown off at E3 this week, Sega has an all new look at Sonic Colors: Ultimate, in the form of a pretty lengthy trailer. Gotta go fast.

If you missed the news drop last month, there’s a ton of Sonic stuff coming up. And oddly enough, it all seems to be… good news? Yep, Sega is poised to release new animation, and a gaggle of games.

Sonic Origins will be a collection of the mascot’s earliest games, straight from the Genesis carts. Tokyo 2020 on the other hand, will bring the blue hero to the Olympic Games. No doubt you were expecting that one. Then there’s a totally new Sonic title, from Sonic Team, that has zero news as of now. So stay tuned there.

We’re not taking any of that though, and are instead showcasing Sega’s upcoming remake of Sonic Colors. While the original Wii release wasn’t the most impactful of Sonic titles, the new “Ultimate” remake is nonetheless looking pretty terrific.

Ready to go fast again? Sonic Colors: Ultimate is set for release on the Xbox One, PS4, Switch, and PC this September the 7th. Want to hear more about all the other Sonic goodness coming along? Click here to check out our reporting on that.

Jason's been knee deep in videogames since he was but a lad. Cutting his teeth on the pixely glory that was the Atari 2600, he's been hack'n'slashing and shoot'em'uping ever since. Mainly an FPS and action guy, Jason enjoys the occasional well crafted title from every genre.
@jason_tas
Previous E3 2021: Space station sim Starmancer hits Early Access in August
Next E3 2021 Trailer: A Plague Tale returns in Requiem