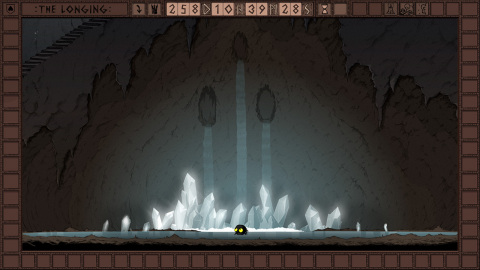 The Longing headlines a pretty busy week for Nintendo gamers. But while there’s a solid amount of new stuff, none of it’s all that big-name.

Have you ever yearned?

Nintendo is touting a game called The Longing this week, though I have to admit it’s one that I’ve nerve heard of. A fantasy title, The Longing has you playing as a character who’s waiting for “his king to awaken”.

Apparently you don’t even have to play to see the ending, as once the 400 day timer ends, that’s kind of it. The rub though, comes in exploring the kingdom while you have time.

So what else is there? Well, as I mentioned there’s a bunch of smaller releases. Fez appears, as does SaGa Frontier Remastered, and Darkside Detective.

Scroll on down and see if something strikes your fancy.

Jason's been knee deep in videogames since he was but a lad. Cutting his teeth on the pixely glory that was the Atari 2600, he's been hack'n'slashing and shoot'em'uping ever since. Mainly an FPS and action guy, Jason enjoys the occasional well crafted title from every genre.
@jason_tas
Previous Resident Evil Village showcase reveals demo, new trailer, and the return of The Mercenaries
Next A new X-Men team debuts in July’s kickoff