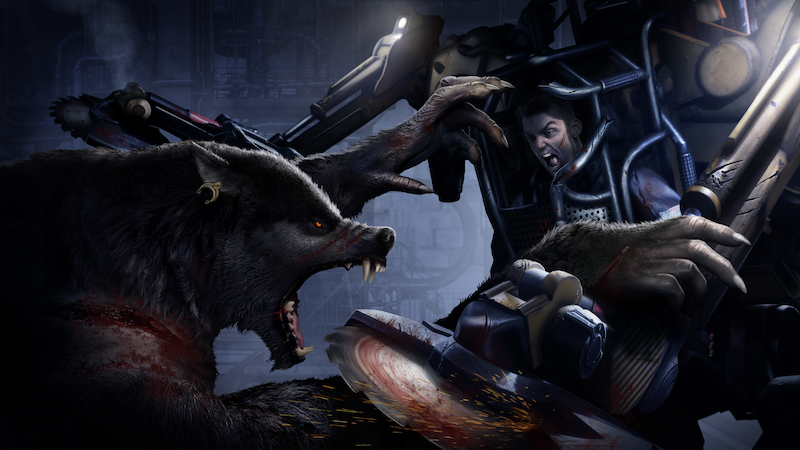 The tabletop role-playing classic heads into the video game sphere with a first effort that feels oddly last-gen, and in more ways than one.

Not your father’s werewolves

Originally a tabletop game, Werewolf: The Apocalypse remains a title that alters its source material quite a bit. Now, don’t get me wrong, there are werewolves in… Werewolf. It’d be kind of weird if there weren’t.

But what I mean is that the game’s universe takes most of what you know about the monsters and throws it out the window. Instead of demonic beasts, or creatures that are the product of dark magic, curses, or even disease, Werewolf: The Apocalypse’s Garou (werewolves) are mostly heroes. They’re the protectors of the Earth in this universe, and the defenders of the Earth-goddess known as Gaia.

Yep, that’s a big change from Lon Chaney or Jack Nicholson, and completely changes up the mythology of the beast. Well, maybe not completely. These are still werewolves, and that includes nearly everything that the name implies.

Werewolf: The Apocalypse – Earthblood is the first game to adapt that tabletop universe into an action-RPG format. It’s certainly not without fault though. Even hardcore fans of the tabletop game will have issues with this one.

A world on fire

Though it’s not a groundbreaking tale, Werewolf: The Apocalypse’s story is decent enough. Basically, Earth is in big trouble.

In the opening moments of the game, we find main-character (and biker-type) Cahal spearheading an assault on a company that’s wreaking havoc on the local landscape. An energy company, Endron (familiar ring to that) is infected by a force of nature called the Wyrm. A part of a kind of hierarchy of creation, the Wyrm is the cosmos’ destructive force.

As a part of the Wyld (another element), the Garou are sworn enemies of the Wyrm and its growing influence in the world. Also interesting is that the Garou are members of something called a Caern. That is a kind of mystical energy-geyser produced by the Earth, that the Garou can tap into. And I tell you that, because the game really doesn’t.

Though the story is actually pretty cool overall, Earthblood is oddly stingy with the world’s lore. Terms are tossed around and spirits and gods appear here and there, but the player doesn’t really learn much about too many of them. It seems like some cool stuff too, so I found that frustrating.

Regardless, you get the basics of the narrative. It’s the old evil company that’s out to destroy the Earth, up against good-guy monsters who’ve gotta stop ’em.

I found the gameplay to be a mostly positive affair. There’s actually a lot to like about it, and honestly I’d say it’s easily the highlight of the game.

Earthblood lets you play as a werewolf, but as I mentioned there are alterations to their mythos in the Werewolf: The Apocalypse universe. And that’s a good thing, as it varies the gameplay considerably, most times from moment to moment.

As an example, you begin a mission as Cahal in his human form. Sneaking through an Endron facility, you duck behind some barricades to avoid guards and dodge cameras. You disable alarm points that could provide backup to the forces on hand… and then mystically change into a full on wolf. Not a wolf-man, a wolf.

In wolf form, Cahal quickly darts past open spaces, and slinks through previously unavailable ducts. A quick change back, and he can access a computer to disable pesky cameras and unlock doors. But what if he’s seen? Well, then it is wolf-man time.

Actually available at any time, turning into a full werewolf sets off all remaining guards in an area. Even if they haven’t spotted you, they’ll know you’re there after you wolf-out. It’d be kind of tough to miss Cahal to be honest. What with him being a 10 foot tall monster and all.

The alpha predator that Cahal’s wolfman form is, can hot-swap between power and agility modes, using them to tear through dozens of guards with relative ease. He does have a tougher time up against some of the game’s bigger and later enemies, though that’s what the skill tree is for.

Yes, it wouldn’t be an RPG without one, and Earthblood offers a healthy selection of skills to learn as you play. They cover all the bases, from upgrading the wolf’s sneaking abilities, to increasing the amount of crossbow bolts Cahal can carry, and even giving the werewolf a powerful and bone-shaking roar.

Along the way of course, you’ll chat with allies, and even interrogate the odd enemy. You get a series of conversation choices in these segments, put together by a script that’s okay at times and not so okay at others.

That’s actually a pretty good descriptor of the graphics as well. At times they come close to shining. But at others, well…

Is Werewolf: The Apocalypse – Earthblood going to blow you away graphically? No. That’s not to say that it’s terrible looking throughout though. What it is, is a strange mix of passable visuals and stuff that looks last-gen.

And, at times, I mean it looks really last-gen. Like, Xbox 360 last-gen. I know that sounds a little rough, and probably a bit hyperbolic too. It’s not though, and I’ll explain.

In some of the environments, the engine behind Earthblood looks just fine. I can’t really say that it ever looks incredible, but it looks good enough. And that’s for both indoor and outdoor environs. I will add though, that I still find it unacceptable that bodies of fallen enemies should vanish in games in this day and age. It’s a thing for me, but one that you might not care about.

As for the characters themselves, the designs are not anything to write home about. The exo-suits (power loader-y enemies) are pretty slick looking, but enemies are dull overall. And while you wouldn’t think it, even pretty major allies who show up throughout the game are uninspired. One of the main good guys, Rodko, is extremely reminiscent of Ricardo Montalban’s Khan in Star Trek II. Just as an example. And as for Cahal, he’s a cookie-cutterish biker.

In game cutscenes are not well-animated either. Characters more or less blankly stare at each other while they interact. Conversations, which should be pulling players further and further into the story, couldn’t be further from that. Instead we get a lot of standing with lifeless, expressionless faces.

I will say that the majority of the voice-acting isn’t bad. Cahal is voiced well, and the rest of the major players are decent too. Worth a note I think.

As you can see, there’s a lot to find fault with in Werewolf: The Apocalypse – Earthblood. But again, as I mentioned, it isn’t all bad. There’s a solid, if uninspired, story that’s fairly enjoyable at times. And although it doesn’t reinvent the wheel, the gameplay is pretty fun.

Yes a lot of the levels play out in similarly, but it’s a pretty fun time while it lasts. It’s just that you have to be pretty forgiving to get through the rest of it.

There was a lot that could have gone right with Werewolf: The Apocalypse - Earthblood. It's a proven IP, and one that has a cool backstory, some great elements, and of course werewolves! But Cyanide's first take on the property missed the boat with uninteresting characters, an iffy storyline, and disappointing graphics. Despite the solid gameplay, this one is for hardcore Werewolf fans only.

Jason's been knee deep in videogames since he was but a lad. Cutting his teeth on the pixely glory that was the Atari 2600, he's been hack'n'slashing and shoot'em'uping ever since. Mainly an FPS and action guy, Jason enjoys the occasional well crafted title from every genre.
@jason_tas
Previous Coming up: The games of (the rest of) February 2021
Next Crash Bandicoot 4 launching this year for next-gen, Switch and PC