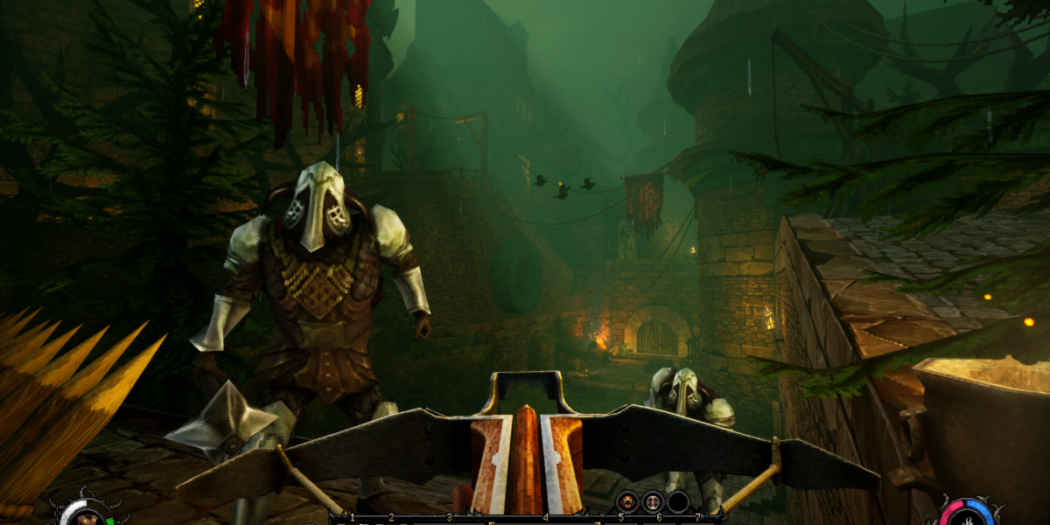 Graven rises from its grave with a fresh PC demo today

Would-be Heretic heir Graven has unleashed a new demo on the PC. A part of the Steam Festival, it’s ready to deliver players a romp in the swamp.

Rise from your Graven

From the legendary 3D Realms, 1C Entertainment, and developer Slipgate Ironworks, Graven is a very promising looking FPS that’s meant to play off of the classic Heretic/Hexen games. It’s not an official continuation, but it looks like it holds most of the themes of those 90s gems.

If you’ve been watching it as we have, and have been itching to play, then today might be your day. As a part of the Steam Festival taking place right now on Valve’s PC gaming platform, Graven has a brand new demo.

This taste of what’s to come places gamers in the “swamps” hub world. The first of the game’s hubs, this one is “plague-ridden” and set in a forsaken town. From there of course, the actual full game will branch out, but today’s demo is just a brief look at what’s on the way.

Again this demo is just on Steam via the PC, though the final game will be on much more than just one platform. Gamers can expect to see Graven launch for the PC, as well as the PS4, PS5, Xbox One, Xbox Series X|S, and Switch. Look for it later this year.

Jason's been knee deep in videogames since he was but a lad. Cutting his teeth on the pixely glory that was the Atari 2600, he's been hack'n'slashing and shoot'em'uping ever since. Mainly an FPS and action guy, Jason enjoys the occasional well crafted title from every genre.
@jason_tas
Previous Marvel’s First Family gets the “Life Story” treatment in new mini
Next Trailer: Narita Boy takes techno side-scrolling action back to the 80s