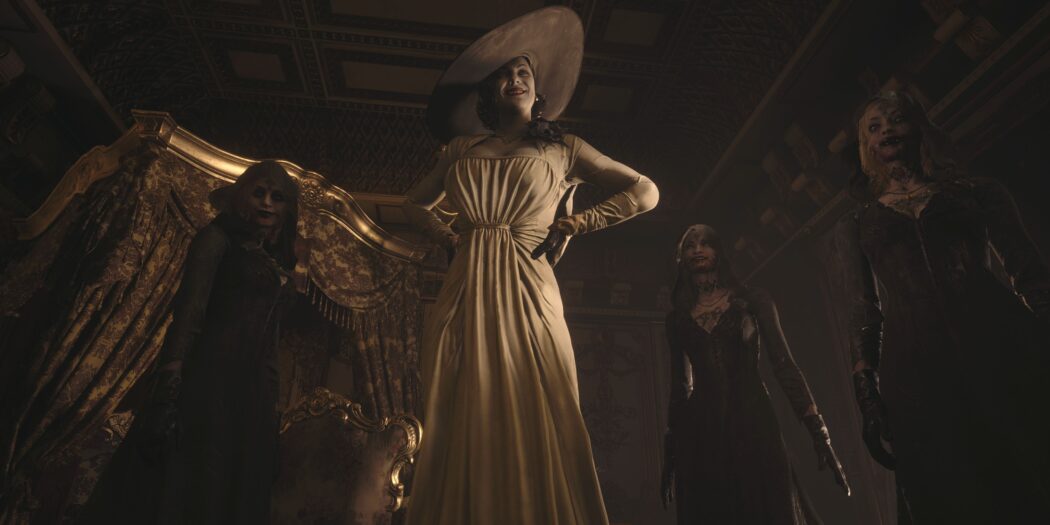 Capcom’s seminal horror series returns in grand form, and we got a good look at what to expect today, via a Resident Evil special presentation.

If you’re a horror fan, and gamer, then you’ve probably played a Resident Evil title at some point. And while the series had started to become a second tier one for a while, it’s now back on top.

Thanks to a series of incredible total-remakes in RE2 and 3, as well as Resident Evil 7: Biohazard, RE is hotter than it’s arguably ever been. And it looks like publisher Capcom will be continuing that hot streak with Resident Evil Village.

The company held a special presentation today, revealing a little more about the game, as well as what else is on the way. But before we get to the details, have a look at the latest trailer.

Presuming you watched the above, there are a few things you can obviously tell right from the jump. For starters, Village takes the series back into the first-person perspective. It’s also following along with Ethan Winters once again, part 7’s protagonist. So even though longtime series’ hero Chris Redfield is in the game, he’s not the star.

There’s also a definite RE1 vibe happening with the ‘castle’ that’s featured in this look, and then there are the villains. They definitely don’t look much like Resident Evil baddies. Instead, Lady Dimitrescu and her daughters resemble something more along the lines of vampires. Fitting for the castle, I guess.

In addition to all of that though, there’s more that’s quite as apparent. Namely, that Ethan will be able to shop. Bringing back elements from past games in the set, Ethan will have access to buying and selling, including “recipes for crafting, and customize weapons with a merchant dubbed “The Duke.””

Also, Ethan will have to create and manage “consumables needed to survive the terrors of the village”, and an item system. Capcom says that that last element should be familiar to long time series fans.

Excited to play? Well if you have a PS5, then you might be able to do just that right now. There’s a free demo that’s on the PSN and is ready to go, though the network is slammed as of this writing. Might take you a while to get on and hit the download.

If you don’t have a next-gen PlayStation, then you’re in for a little bit of a wait. Resident Evil Village is set to arrive on May the 7th.

While you’re safe to assume there will be a standard edition of Village, there will be several ways to get in on the game. Both digital and physical editions of the title will be on the receiving end of Deluxe Editions, and there will also be a Collector’s Edition. That will be physical only.

Pre-orders for Resident Evil Village start today, with options for digital and physical Standard and Deluxe Editions and a physical Collector’s Edition. The Deluxe Edition includes the base game and a digital “Trauma Pack,” which consists of additional in-game content including a Samurai Edge weapon, Resident Evil 7 biohazard inspired found footage screen filter and tape recorder save point options, immediate access to an especially challenging difficulty setting, and more. The physical Collector’s Edition includes the digital Deluxe Edition content plus a striking statue of franchise veteran Chris Redfield, a SteelBook case, art book, and a cloth map of the village with key art printed on the reverse side.

More Evil than ever before

There was a little more than just RE8 talked about today though. Capcom also revealed RE:Verse. A multiplayer, deathmatch title, RE:Verse brings together a whole mess of characters from across the Resident Evil series for versus action.

The game will be for 4 to 6 players, and apparently be presented in “striking comic-style visuals”. So that’s an interesting twist, and one that’s more or less fitting to the play-style.

One weird thing though, is that RE:Verse will be a last-gen game. PS4, Xbox One, and PC will be the native platforms. Of course, PS5 and Xbox Series X|S gamers can play as well, via backwards-compatibility.

Oh, and the best part about the whole thing? It’s free for those who pre-order Resident Evil Village. The bonus is a part of RE’s 25th anniversary kickoff, and begins in March. Capcom says that there’ll be a lot more to share about RE:Verse in weeks to come, so stay tuned. It should be interesting to see if there will be a way to play RE:Verse without Village.

Jason's been knee deep in videogames since he was but a lad. Cutting his teeth on the pixely glory that was the Atari 2600, he's been hack'n'slashing and shoot'em'uping ever since. Mainly an FPS and action guy, Jason enjoys the occasional well crafted title from every genre.
@jason_tas
Previous Trailer: Ride 4 out now on next-gen consoles
Next ABLAZE’s The Cimmerian continues its run in April