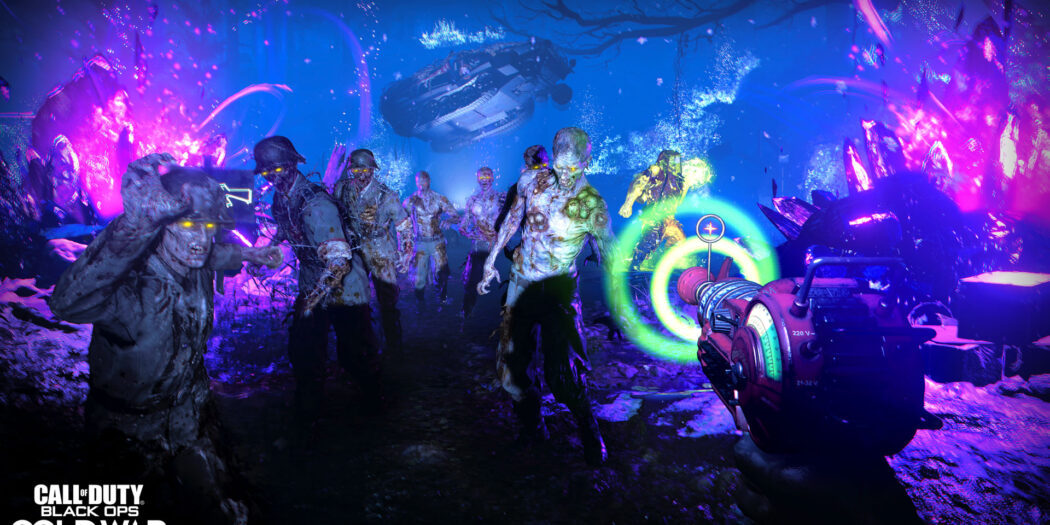 Looking to dive into some classic Treyarch Call of Duty zombies action, but don’t have Call of Duty: Black Ops Cold War? This is your lucky week.

Around since Call of Duty: World at War, developer Treyarch’s signature has been that each of their Call of Duty titles has had a ‘zombies’ mode. Usually a co-op centric affair, Treyarch’s CoD zombies has blown up into something that almost rivals the main games its packed with.

That certainly didn’t change for the recently released Call of Duty: Black Ops Cold War. The game, which launched in November of last year, brought back the zombies in a big way. Unlike the series’ Warzone mode though, zombies requires you to have a copy of the base game… except for this weekend that is.

For the first time, publisher Activision is making the mode free to play. And yes, that’s on all platforms. Zombies Free Access Week will be starting on Thursday the 14th, and will include a trio of game modes to play.

Those include Sanatorium, which is a huge new zombies map, a 6-on-6 mode called Dropkick, and Cranked. That last one introduces a pretty slick new mechanic, in a timer that counts down after each kill. If the time reaches zero and you’ve not offed a zombie, your character explodes.

Again all of this starts on the 14th, and comes to a close on the 21st. So you have a few days to get in, and get your feet wet, before the promo comes to an end. If you want to play on from there, you’ll have to pick up a copy of Cold War.

That game was reviewed right here on BG back when it launched, and you can check out the full review here. Want to read more about the free week of zombies? Click here for the official site.

Jason's been knee deep in videogames since he was but a lad. Cutting his teeth on the pixely glory that was the Atari 2600, he's been hack'n'slashing and shoot'em'uping ever since. Mainly an FPS and action guy, Jason enjoys the occasional well crafted title from every genre.
@jason_tas
Previous Trailer: Hell comes to Fall Guys with Doom crossover
Next Marvel wraps the birth of its Silver Age into one Omnibus