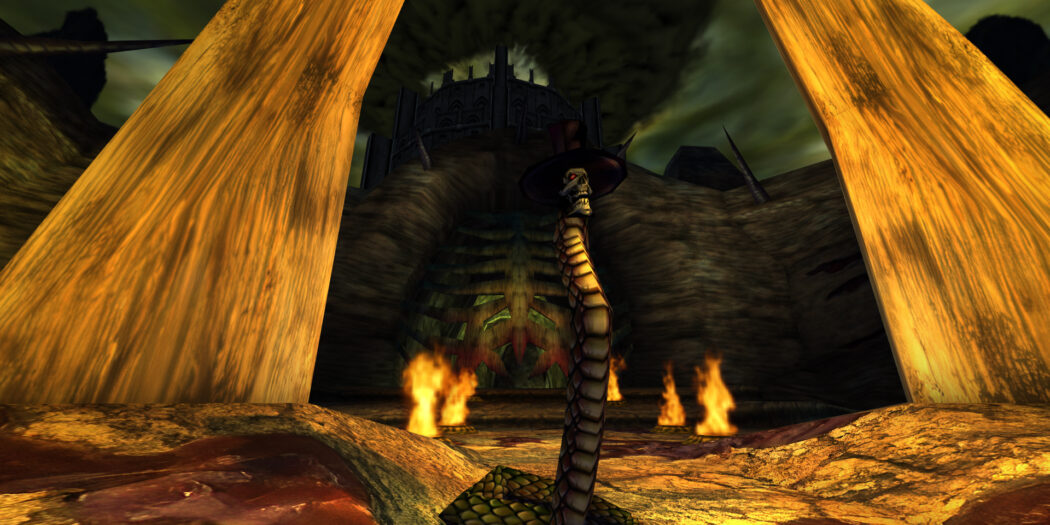 Out with the old, in with the all-new Deadside. Well, maybe not all new, but you get the idea. Comparison shots are here for the Shadowman remaster.

Out from the shadows

Announced some time ago by Nightdive Studios, the remake of the 90s Shadowman video game is finally ready to be shown off. The game plays off of the Valiant Comics superhero, though more or less does so to create its own thing.

Shadowman doesn’t exactly look like the comic book version of the character. But even so, many of the same elements are present in this third-person action title.

And form the looks of the new screens, there’s a pretty sharp difference between the N64-era title and Nightdive’s modern work.

As you can see, it’s very much the same game, but Nightdive has improved upon that 1999 edition considerably. The game no offers a host of new features, including 4K, HDR support, and gameplay adjustments.

In all, you’ll find:

So, with all that said, when’s the launch? Well, there isn’t an announcement for that just yet. Nightdive does say that you can expect to see the game hits consoles and the PC some time in 2021 though. So stay tuned.

And in the meantime, check out the addition comparison shots below.

Jason's been knee deep in videogames since he was but a lad. Cutting his teeth on the pixely glory that was the Atari 2600, he's been hack'n'slashing and shoot'em'uping ever since. Mainly an FPS and action guy, Jason enjoys the occasional well crafted title from every genre.
@jason_tas
Previous Earth’s Mightiest armor-up for Avengers: Mech Strike
Next Audeze releases next-gen focused Penrose Gaming Headset