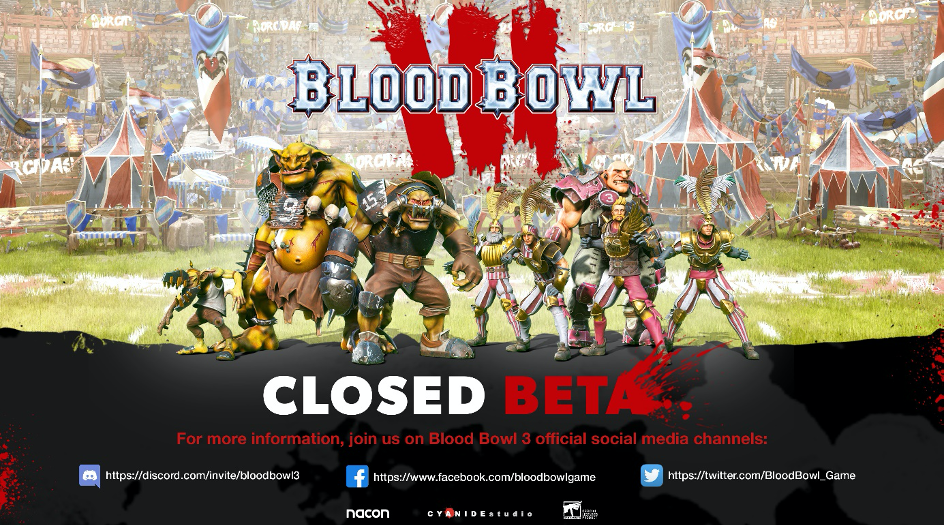 There’s new Blood Bowl season on the horizon. But before the latest round of blood-soaked football begins, a closed beta will give fans an early look.

A fan favorite of Games Workshop’s tabletop catalog, Blood Bowl is the Olde World’s version of American football. It’s more or less like the NFL, but with orks and elves. And spiked footballs. And dismemberments.

While Blood Bowl got its start in tabletop, it’s also got quite a history with video games at this point. Over the last few years too, it’s been resurgent. With two volumes of the modern series in the books, publisher NACON is prepping a third with the dev team at Cyanide, and this one promises to be the biggest and goriest yet.

Blood Bowl 3 will have 12 teams to start with, each with their own “pitch and cheerleaders”. Campaign and multiplayer modes will also be available to play, and the press releases says that this will be the most customizable edition of the series yet. No word on just what that might mean, but the possibilities are pretty exciting for long time fans.

While Blood Bowl 3 has no release date as of yet, the Closed Beta has a window that’s just been announced. NACON says that one will kick off early next year, allowing some gamers an early look at the title in action.

One of the ways into said Beta is kind of interesting too, in that you can pre-order the board game to get it. So that way you get the best of both worlds, not that it’s the only way to be Beta-bound.

According to the press release, there will be additional means, though those aren’t available to talk about just yet. We also don’t know what platform any of the beta tests will be available for. I’d say PC is a safe bet, though there may be a console version as well.

Jason's been knee deep in videogames since he was but a lad. Cutting his teeth on the pixely glory that was the Atari 2600, he's been hack'n'slashing and shoot'em'uping ever since. Mainly an FPS and action guy, Jason enjoys the occasional well crafted title from every genre.
@jason_tas
Previous Marvel launching King-Size Conan #1 next month
Next Evercade announces new Worms Collection for 2021