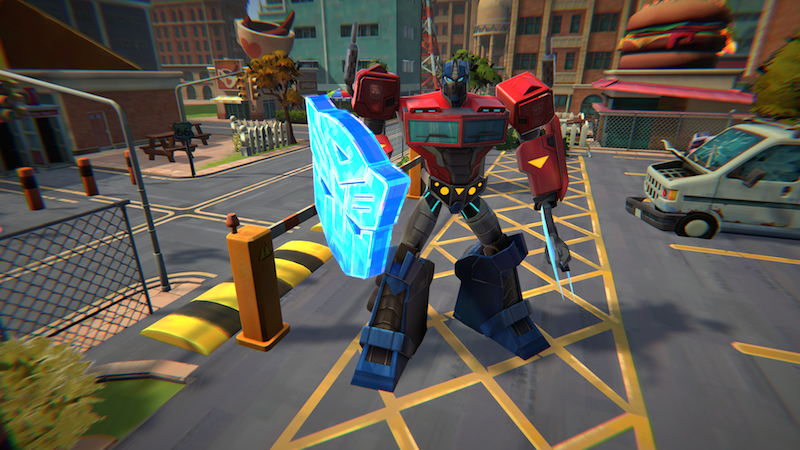 Transform and roll… into some turn-based strategy. The first look at Outright Games’ Transformers Battlegrounds has arrived.

One shall move, one shall attack

TRANSFORMERS: BATTLEGROUNDS will be  available to pre-order on console, digitally from October 2nd, with 10% off the digital deluxe console edition and includes two additional exclusive skins, Nemesis Prime and Goldfire Bumblebee!

In addition to the first look at the game, Outright Games has also revealed the Digital Deluxe Edition. That will of course include a copy of the game, but also a few extra goodies.

In all, it includes four skin packs for the Autobots, as well as an exclusive new game mode. Dubbed CUBE, this mode is akin to a Cybertronian sport. Kind of an interesting idea there.

It’s Autobots vs Decepticons as each team battles it out, using their unique special abilities to keep control of the CUBE across four unique arenas.

Jason's been knee deep in videogames since he was but a lad. Cutting his teeth on the pixely glory that was the Atari 2600, he's been hack'n'slashing and shoot'em'uping ever since. Mainly an FPS and action guy, Jason enjoys the occasional well crafted title from every genre.
@jason_tas
Previous It’s unstoppable vs Incredible in Juggernaut #2
Next Trailer: Override 2: Super Mech League intro’s Ultraman