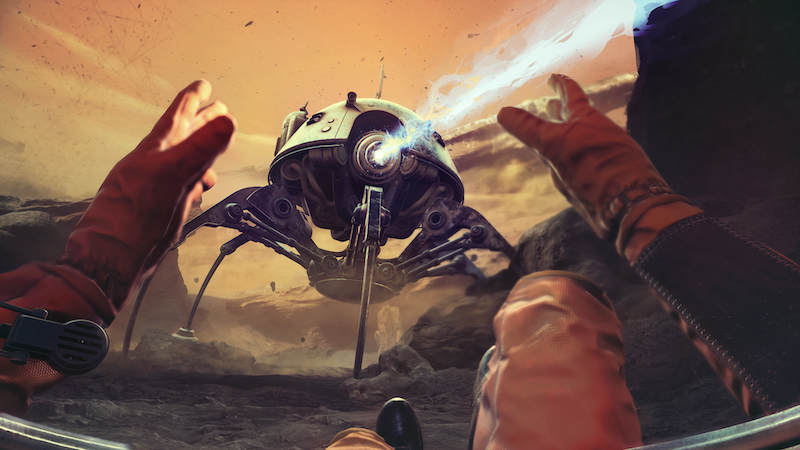 Taking gamers to a next-gen, forbidden world is The Invincible. A retro-futuristic “thriller” based on the novel by Stanislaw Lem, it hits in 2021.

If you’ve never heard of Stanislaw Lem, I think you get a pass. I’m a pretty big sci-fi fan myself, and I haven’t. He’s a classic writer though, and would’ve just celebrated his 99th birthday. According to Starward Industries, he’s also influenced a whole bunch of gaming greats, from Hideo Kojima to Will Wright. And now his very first digital adaptation is heading to consoles and the PC in the form of The Invincible.

It’s fitting that his work is getting a game. That’s because The Invincible features a world that’s never had a digital boom. Actually, it never had the World Wars either. But even so, it’s made the jump into technological superiority, and moved into the stars.

That’s where the whole “retro-futuristic” theme comes in.

The single-player story of The Invincible will introduce gamers firsthand to the idea that there are places in the Universe that are not only unwelcoming to us as humans, but entirely forbidden. Inspired by the work of bestselling Science Fiction writer, Stanisław Lem, who has influenced the likes of Futurama’s David X Cohen, The Sims’ Will Wright, and Hideo Kojima, author of Metal Gear Solid and Death Stranding, The Invinciblewill plunge players onto a distant planet Regis III set in atompunk aesthetics. While technology in the game’s universe has advanced to the point of seamless space exploration, equipment remains analogue as the digital revolution has not taken place, nor has The Cold War ended.

Though it might look it, the invincible doesn’t sound like an action game, or FPS. Nonetheless though, it takes place in the first-person, and certainly looks to stock some gigantic enemies from the preview screens.

No release date just yet here unfortunately. Though we do know that it’ll be hitting the PS5, Xbox Series X, and the PC some time next year.

Jason's been knee deep in videogames since he was but a lad. Cutting his teeth on the pixely glory that was the Atari 2600, he's been hack'n'slashing and shoot'em'uping ever since. Mainly an FPS and action guy, Jason enjoys the occasional well crafted title from every genre.
@jason_tas
Previous Marvel Comics gets up close and personal with ‘headshot’ variants
Next Trailer: Meet the characters of Ys IX: Monstrum Nox