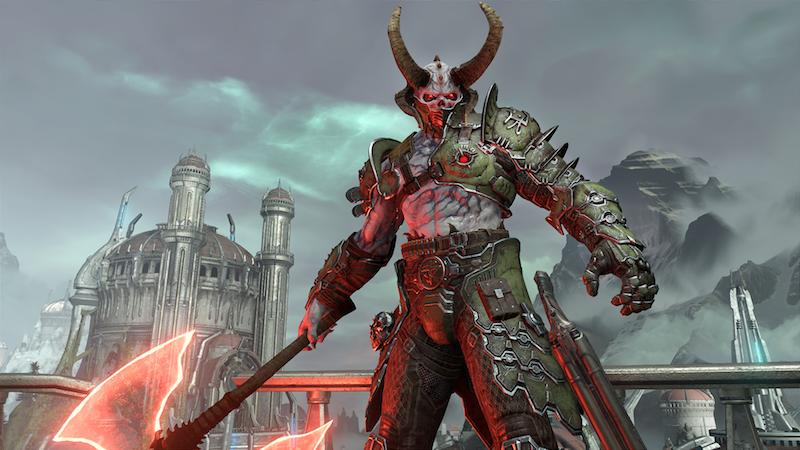 The first big expansion for Doom Eternal’s campaign is coming. With the war over, it’s time to take on The Ancient Gods in part 1 of a new epic.

The battle rages on

I guess a spoiler alert tag is in order here, before you read any further. Bethesda and iD’s Doom sequel didn’t see launch all that long ago after all, and I’m sure there are more than a couple of fans who’ve yet to complete its campaign.

So if you’re among them, stop right now and go read something else. If you are not though, and you’ve already ground Doom Eternal into a fine dust, then check out the first trailer for The Ancient Gods.

The first of a two-part story expansion for DOOM Eternal: The Ancient Gods, Part One casts players once again as the DOOM Slayer to confront an ancient evil awoken from an imbalance in the heavens. Ripping and tearing through never-before-seen locations in the DOOM universe, players will face off against fierce new demons and discover a new chapter in the DOOM Slayer’s story.

You’ll be able to buy The Ancient Gods separately for $19.99 USD, but it’s also a part of the Digital Deluxe Edition of Doom Eternal, and the Year One season pass. If you find yourself sans either of those, then you might be happy to know that the pass is still very much available.

Buying in will cost you just $29.99 USD, which seems pretty solid. After all, there’s a ‘part 2’ to this one that’s yet to come. If that’s comparably priced, then the pass could be a decent discount.

Just make sure you’re all set before the jack’o’lanterns make their appearance. The Ancient Gods’ action kicks off when the expansion pack hits digital storefronts on October 20th.

Oh, and one last note – don’t forget that Doom Eternal will be coming to the Xbox Series X and PS5 as well. The next generation version will be a free upgrade for owners of the current-gen edition, and is something that id is working hard on at this very moment.

Jason's been knee deep in videogames since he was but a lad. Cutting his teeth on the pixely glory that was the Atari 2600, he's been hack'n'slashing and shoot'em'uping ever since. Mainly an FPS and action guy, Jason enjoys the occasional well crafted title from every genre.
@jason_tas
Previous Gamescom 20 Trailer: Medal of Honor comes to VR with Above and Beyond
Next Jerry Lawler returns to call the action in WWE 2K Battlegrounds