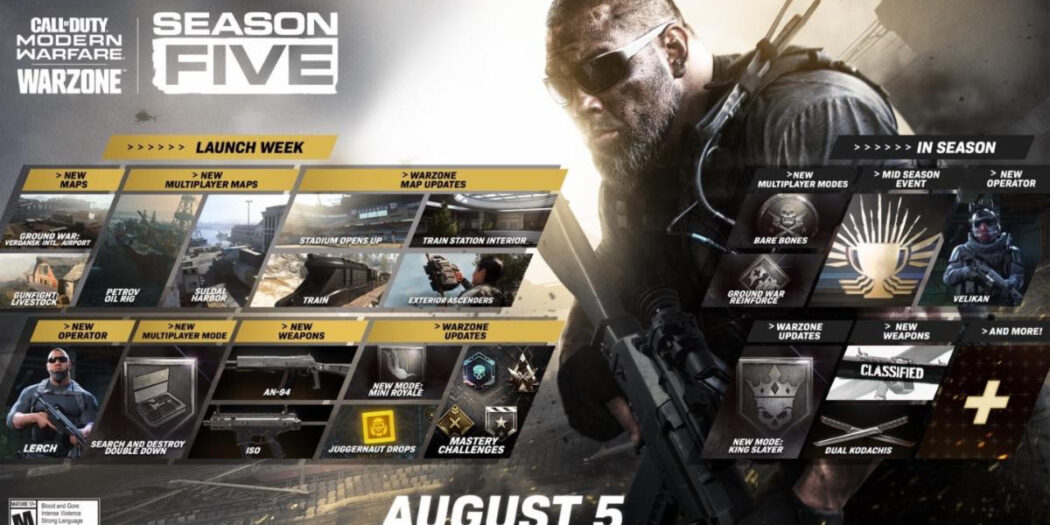 There is a ton packed into the Season 5 trailer for 2019’s Call of Duty: Modern Warfare. The new installment is about to kick off more of everything that multiplayer CoD fans tend to look for.

The season will include new additions to the core CoD experience, as well as Warzone. There’s even a free weekend to talk about.

Free Access Multiplayer Extended Weekend:Free-to-play Warzone users can experience Modern Warfare Multiplayer on Friday August 7 at 10 AM PT to Wednesday August 12 at 10AM PT. Battle across five Multiplayer maps including Suldal Harbor and Petrov Oil Rig, both new this Season. The playlist will be a map mosh pit featuring a mix of deathmatch and objective modes giving the opportunity for varying engagements and tactical play each match.

Jason's been knee deep in videogames since he was but a lad. Cutting his teeth on the pixely glory that was the Atari 2600, he's been hack'n'slashing and shoot'em'uping ever since. Mainly an FPS and action guy, Jason enjoys the occasional well crafted title from every genre.
@jason_tas
Previous Hellbound blasts onto PC’s today
Next Hasbro and Jazwares rev their engines for Micro Machines’ return